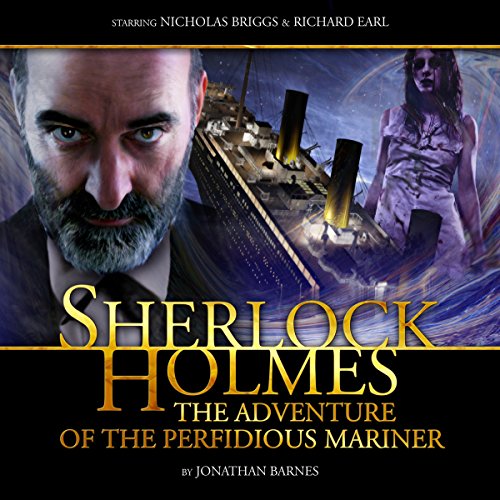 Sherlock Holmes - The Adventure of the Perfidious Mariner

It is the long, oppressive summer of 1912. Four months ago the RMS Titanic was lost to the Atlantic.

In Europe the drumbeats of war grow louder. These things have yet to touch Mr. Sherlock Holmes who, estranged from Dr. Watson, lives in reclusive retirement on the South Downs. The world’s foremost criminal investigator has turned his back on the past, hiding from the world and thinking himself immune to its excesses.

Yet he is about to be faced by an old friend, to encounter the most hated man in England and to grapple with the painful implications of the Titanic disaster.

More troubling still, he will be forced to try to solve a new and unexpected mystery - one of the most diabolical and fiendish murders with which he has ever been confronted....

"The Adventure of the Perfidious Mariner is a delicious little murder mystery that ends on a fantastic cliffhanger, that I hope will be grabbed by both horns and lead us into the next series of Holmes mysteries, which quite frankly, can’t arrive soon enough. The game is most definitely afoot...." (Mass Movement)

really enjoyed this story where historical fact and fiction are blended in such a way the listener is rushed head long on a thrill ride upon its narrative ....thankyou big finish look forward to more audible adventures