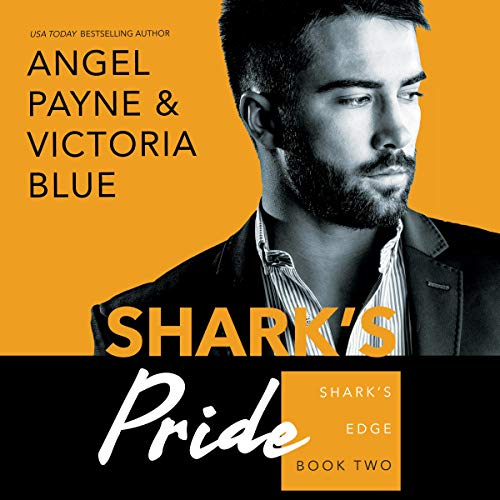 Dreams come at a price...

Hidden enemies are tormenting Sebastian Shark. They’re determined to see his reputation in shreds and his plans for building the Edge in ruins. To make matters worse, Abbigail Gibson has written him off for good, choosing to believe their night of blistering passion was just another one of his playboy conquests.

When an unexpected visitor arrives on Sebastian’s doorstep, he can no longer ignore the danger Abbigail is in because of him. Someone has declared war, and the woman he loves could become collateral damage. Unacceptable.

But Abbi’s not about to ditch the man of her dreams just because things get tough.

His rules. Her trust. His world. Her safety. Their power struggle threatens to rip them apart again - but believing in their dream is the only way they’ll survive.

It was ok for being the middle of the story arc

Whelp book 2 of a 3 part arc in a 15 book series has been read and just like any book 2 of 3 it is the middle of the road for the overall story. In Shark's Pride we get more backstory, more character building, more world building and threads leading to larger plot points down the road.
I still didn't connect with the characters and could definitely tell it was written by two very distinct authors. I'm not sure where the story is going or why but I definitely intend to find out. If you like high-handed aplha billionaires and doormat heroines that need rescuing from EVERYTHING, give the Shark series a try. It's not for everyone but it does have some interesting elements in the trope.

Really good author combination and the narration is awesome. Really looking forward to the next book

THE STORY KEPT GETTING BETTER!

After reading/listening to Book 1, Shark's Edge, I immediately had to devour Book 2, Shark's Pride. Book 1 left us with Abigail giving Sebastian Shark the cold shoulder for leaving her right after he took her V card. This book is way steamier than the first one. If you are uncomfortable with explicit sex scenes, be forwarned.

In book 2, they worked through their issues and got back together. But, that is not the best part of the book, This second series had more suspenseful scenarios than the first one. I'm not saying it is better than its predecessor, they are both equally good!

Book two ends in a cliffhanger. Of course, you know that, right? It ends with Sebastian sending Abbi to a safe house where she will be protected by Sebastian's' friend and personal private investigator, Elijah Banks. I can't wait for the conclusion of this series in Book 3, Shark's Rise.

Kudos to the authors, Angel Payne and Victoria Blue, and the excellent narrators, Erin Mallon and Jacob Morgan!

Cannot stop going back for more

So as expected, the narration is on point. I didn't doubt it wouldn't be.
Then you add in a storyline that has you hanging off every word and you get this masterpiece. This story has consumed me from the beginning and though we are only at book two, you can tell this series is about to take you one hell of a ride.

In book two, Sebastian is trying to make up for what he did in book two, and after he finally wins her back over again. The heat, the passion and the undeniable attraction only ignite more so as these two become closer... But things are never that easy and there is still someone out to get Bas and taken down everything he has worked tirelessly to build and they will stop at nothing to do it, so Sebastian has to make some difficult decision to ensure that Abbi remains safe and Abbi is, of course, the last to know until it is happening.

Cannot go wrong with this romantic suspense. It'll have you on the edge of your seat wanting to know what happens next

Jacob Morgan and Erin Mallon are two of the best but it wasn't them that pulled me into this book, but it is a bonus that these two are the narrotars of these incredinle characters