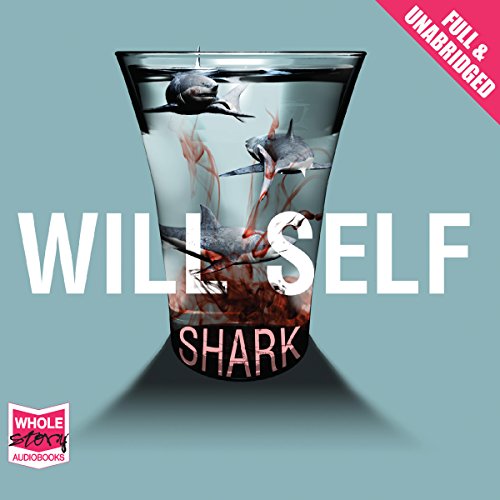 By: Will Self
Narrated by: Jonathan Keeble
Free with 30-day trial

4th May, 1970. President Nixon has ordered American ground forces into Cambodia. By the end of the day four students will be shot dead in the grounds of Kent State University.

On the other side of the Atlantic, maverick psychiatrist Dr Zack Busner has been tricked into joining a decidedly ill advised LSD trip.

Five years later, sitting in a nearby cinema watching Steven Spielberg's Jaws, Busner realizes the true nature of the events that transpired on that dread-soaked day.

What listeners say about Shark

Shark would sit on my shelf alongside Gravity's Rainbow, Catch 22 and Slaughterhouse 5.

Self's novel reads (is read ) as a continuous stream, it appears disjointed at first but soon one can recognise where the story has picked up as the style becomes familiar.

Keeble's narration is outstanding. He seems to have had a hoot reading the character's varied voices. I had a scream listening.

Highly recommended for those who enjoy challenging, unconventional but highly rewarding prose.

Will Self 'difficult' books are shown in their true light by audio renditions, packed with humour, satire and deep insights into the human condition...in my opinion Will Self can not be rated too highly.