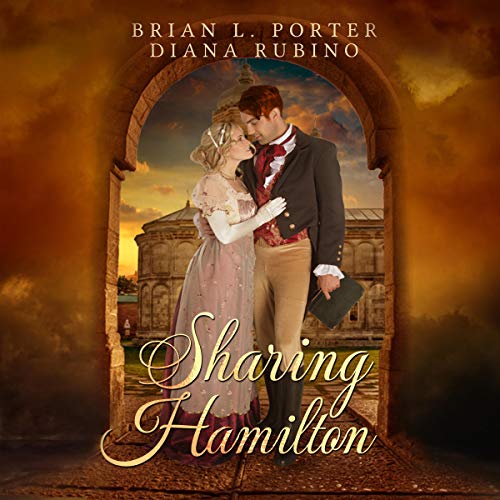 Philadelphia, 1791. James and Maria Reynolds are flat broke. Well aware of the attraction between his wife and treasury secretary Alexander Hamilton, James hatches a plan to blackmail Alexander and get rich and sends Maria to seduce him.

Meanwhile, the mysterious Dr. Severus Black befriends the Hamiltons and becomes a close confidant of Alexander’s wife Eliza. While Mrs. Hamilton grows fond of the handsome doctor, she also senses something different about the debonair young man.

Meanwhile, a vicious serial killer is stalking the city by night. As Hamilton’s affair with Maria runs headlong toward personal and professional catastrophe, the constables of Philadelphia draw a net around the emerged killer of young serving girls.

But what connection could Dr. Black have with the murders, which a hundred years later would be mirrored in his own country...by none other than Jack the Ripper?

In Sharing Hamilton, historical romance author Diana Rubino and award-winning thriller writer Brian L. Porter uniquely blend the mystery and romance genres, based on the true story of the Hamilton affair, with the added spice of a serial killer stalking the streets of USA's first capital city.

What listeners say about Sharing Hamilton