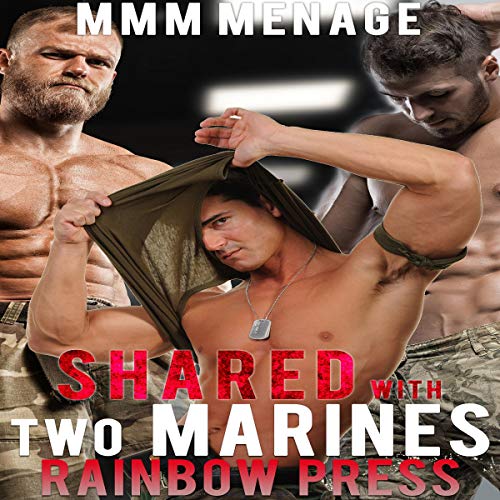 Boot camp is over, but these Marines aren’t done drilling.

Over the months of the bro town that is Marine boot camp, hard and sculpted masculine bodies are everywhere, and as a straight guy, that’s never been a problem. But then Jepsen sits next to him in the sauna, and as his hands wander from his own towel to Bartles', this young man is beginning to wonder what women can provide that his brother-in-arms - or brothers - can't, because thick-rodded Gomez is next to join them, and Bartles is about to be brought to his knees - and bent over.

Is this young soldier man enough for the newest drill, or will he be conquered by not one, but two hulking Marines?

What listeners say about Shared with Two Marines