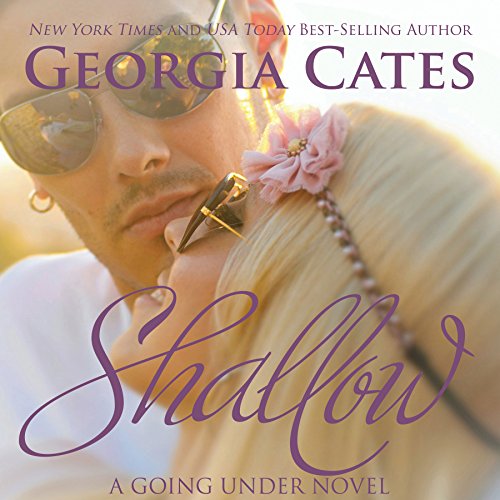 Sweet-talking sex fiend Nick Hawke is interested in muscle cars, loose women, and one-night stands – not exactly a gentleman. Having vowed to stay away from long-term relationships, Hawke’s newest conquest is prim and proper posh girl Payton Archer, looking for some lighthearted summer fun before she leaves for college. Sure, this bad boy’s got a hot bod, but Payton’s looking for the real deal - a lasting relationship. Can she resist the lowbrow allure of this ill-bred bootie bandit? Respectively voicing Payton and Hawke, Shannon McManus and Ethan Sawyer are risqué and real. His sensuous baritone seething with sexuality, Sawyer lays bare the cocksure narcissism of the predatorial Hawke. Likewise, McManus convincingly uncovers the keen intellect, stopwatch sarcasm, and burgeoning curiosity behind the college-bound coed.

Payton Archer's best friend, Claire, strives to be perfect in every way. Payton doesn't and this is her story.

Nick Hawke likes his car fast and his girls even faster. He blows through females quicker than his muscle car races down the "The Strip" in Collinsville and he wouldn’t have it any other way. Determined to avoid the devastation he has watched his father endure in the aftermath of his mother leaving, he believes there is no room in his life or his heart for a relationship lasting more than one night. He seeks happiness in things that won’t let him down...fast cars, adrenaline and one night stands. To his absolute dismay, all of that changes when he unexpectedly runs into an old friend and is introduced to Payton Archer, the first girl he ever wanted for more than one night.

There’s only one catch...she is completely immune to him and his smooth talking ways. Payton Archer is looking for what Claire has with Jessie, but she has given up on finding it...at least until she leaves for college in the Fall because she is certain that is where she will find the perfect guy to fit into her perfect world. She plans on summer being nothing but three uneventful months of fun, but it turns out to be anything but ordinary when Payton is introduced to Nick Hawke, one of Jessie’s old Collinsville friends. She is shocked by her immediate and intense attraction for “Hawke” because nothing about him is what Payton is looking for. Sure, he’s hot and sexy but he comes from Collinsville and that is definitely not on her list of prerequisites. Everything about him makes Payton’s heart speed because he is exciting and dangerous, but his fast car and the dangerous chances he takes aren't what scares Payton the most...it’s the way Nick Hawke makes her feel every time he looks at her.

Can Payton find that moment of total fearlessness and make the decision to leave the safe, shallow end of love to risk going under completely?

What listeners say about Shallow

Liked it until the end

I liked this story until the end. I didn’t like that Nick didn’t fight for her. Some other family members had to do the work. Both characters were immature until the end. If you like this kind of character, this one is for you. Loved the performance

Loved the narrators and the way they let the characters come to life. Story is great, I got annoyed for a little bit but got over it fast. 😊