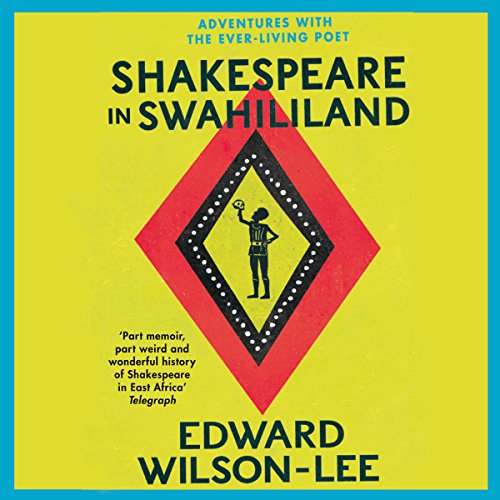 Shakespeare in Swahililand: Adventures with the Ever-Living Poet

Published to commemorate the 400th anniversary of Shakespeare's death in April 2016, a breathtaking exploration into Shakespeare as a global poet.

Whilst travelling in Luxor, Edward Wilson-Lee encountered a man who called out to him from the summer shade with lines from Shakespeare's Macbeth: 'Tomorrow, and tomorrow, and tomorrow...' Unable to resist the temptation, Wilson-Lee responded with the next line, and so began a fascination with unexpected cultural encounters, especially those made memorable by the poignancy of discovering beauty out of place.

Shakespeare may have heard of Luxor (although he would have known it as Thebes), but it is unlikely that he imagined his lines ever being spoken there, close by the feluccas sailing on the Nile and the acres of pharaonic ruins beyond.

This radical, breathtaking book combines travel, history, biography and satire in an ode to Shakespeare. Wilson-Lee teaches Shakespeare at Cambridge but grew up in East Africa, and Shakespeare in Swahililand explores Shakespeare's global legacy like no other book before it. In this audiobook explorers stagger through Africa's interior accompanied by Shakespeare; eccentrics live out their dreams on the African savanna with Shakespeare by their sides; decadent emigres, railway labourers, Indian settler communities, African intellectuals and rebels all turn to Shakespeare and adapt his plays to fit their needs. The book examines how Shakespeare influenced the first African leaders of independent nations, Cold War intrigues and even Che Guevara.

With its extraordinary sequence of stories and momentous travels from Zanzibar through Kenya, Tanzania, Uganda, Ethiopia and Sudan, this literary adventure throws high culture and the wild together in celebration of Shakespeare's legacy as a poet of the world.

What listeners say about Shakespeare in Swahililand: Adventures with the Ever-Living Poet

All the world's a stage!