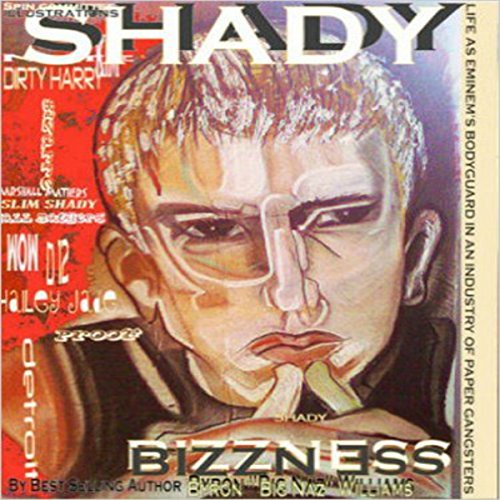 This story is based on the factual ills of "white rapper" and Hip-Hop phenomenon, "Eminem". Shady Bizzness tells about real life events of his public and private lifestyle. The book details the good times, hardships, drug abuse, domestic violence, scandals, sex, near-death experiences, murder, oppression of employees, and bitter betrayal. Shady Bizzness is everything a parent despises, thugs love, groupies lust over, and wives hate!

Shady Bizzness Platform: Williams has a platform of 250,000 fans World Wide via You-tube, Facebook, Twitter, Internet and International Book sales since the year 2000. His fan club continues to grow daily as each generation discovers the existence of Eminem and his timeless music. Lastly, Williams has produced and appeared in several Eminem documentaries world wide.

" Shady Bizzness was disturbing and intense! It was like a good scary movie!" ( People Magazine)
"It was brilliantly written!" (MSNBC)
"It's definitely a good read." (The Queen Latifah Show)

eminem in a different light!

loved it. couldnt stop listening to it... being an eminem fan it has made me feel different towards him as he isnt what i imagined him to be like maybe not so much this day an age but in the late 90s an early 2000s.

What a load of rubbish, whining and whinging, didn't make it past the first paragraph! I didn't even want to give it one star but could leave this review without rating it.