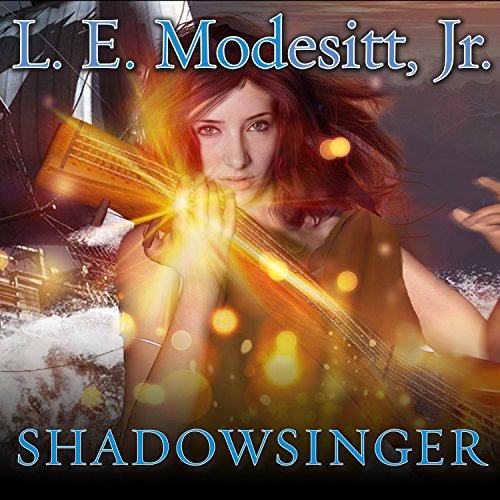 In this sequel to The Shadow Sorceress, Secca, foster daughter of the Soprano Sorceress and now her successor as sorceress-protector of Defalk, must deal carefully with her willful master and wield her power to save his kingdom from the armies, fleets, and master sorcerers of the maitre of Sturinn.

Faced with seemingly insurmountable odds, she is forced to test her own powers over and over again while teaching her new husband and her inexperienced apprentice the skills they will need to aid her in creating spells powerful enough to shake the foundations of the world.

"Fans will praise Modesitt for ringing down the curtain on Leidwahr." ( Kirkus)

I am so sad to see the spellsong series end... I do have to wonder about what some of the metaphors allude to...but all in all...a wonderfully perfect summer read!! check it out!!

Greatly enjoyed listening to this story, the narrator does and excellent job of reading the story.

Amazing addition to an incredible series!!!!

When I am at work I like to listen to books because I have very little free time these days. But I will say that this series and this book in particular has made me laugh, cry, and at times cry out.(Which got me very strange looks at work.) Following the Great Sorceress has been amazing, but Amy Landon has made Lady Seca come to life.

the author has away he tells his stories and every story has a similar undone and this story is no different except the undertone is the story. I found the books chaired characters to not be human. the book read like a bad play where you can tell the characters do not act but just repeat memorized lines, not life like at all. easily the authors worst series as he generally is a great writer.