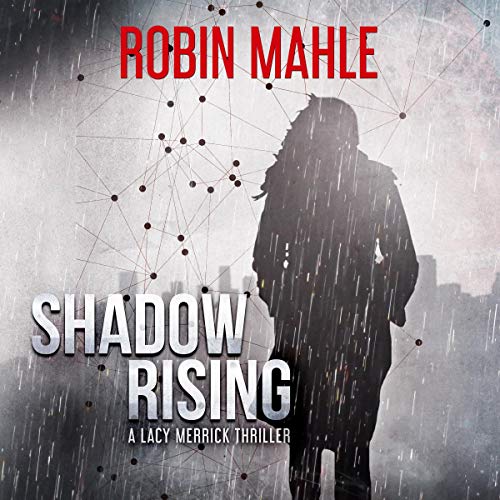 FBI data analyst Lacy Merrick returns along with her closest allies in this latest thriller.

The ground work has been laid. Justice for Lacy’s husband and the other victims of the attack six months ago would soon arrive. Expert hacker and close friend Aaron Hunter is working with her side by side to help ensure that happens. But when FBI Agent Will Caison returns to Washington, vowing to help Lacy once again, a disruption to their plan changes everything they had been working toward.

Operatives involved in the cover-up begin to disappear, one by one, and Lacy must face a new and unexpected reality. Another player in this deadly game of deception has risen. One whose power holds sway over the highest office in the land. And one who keeps his true intentions hidden. They thought they knew what to expect; had planned for every scenario; except this one. It’s too late to turn back now. So, what will Lacy do to keep the truth from being buried forever

In this second installment of the Lacy Merrick series, Robin Mahle delivers another action-packed and suspenseful thriller that won’t disappoint.

6 mths ago, Lacy Merrick lost her husband in a terrorist attack in a mall in Alexandria, VA. Then she and a rag tag bunch of friends from the FBI and CIA worked together to clear her husband’s name as the bomber. Just when she believes that her life has returned to normal, she learns that the Chinese ambassador, who had orchestrated the attack, has been released from prison in China. Now an assassin is after Lacy and her group...but is it just the assassin, or is someone high up the chain of command in the US government also trying to silence the group? This is the second book in the series and, wow, I did not believe that it could be most fast paced than bk 1...but that it was and more. I look forward to reading more of Lacy and her group, as they are now a special task force that has been created by POTUS. Fantastic narration lends to the pulse racing drama!
I accepted a complimentary copy of this book in exchange for an honest review.

Shadow Rising by Robin Mahle is listed as the second book in the series, yet I found it as a terrific standalone listen. I was immediately pulled into this story. I loved the unexpected twists, vivid imagery, developed characters, and realistic emotions. Action packed thrillers are a genre that I really enjoy, and this book is great. Caroline McLaughlin does a wonderful performance with the various characters, giving them distinguishable voices and bringing them to life. I found myself wondering who Lacy could really trust in this book. I requested this review copy audiobook and have voluntarily written this review. I will definitely listen to more books by this author and narrator.