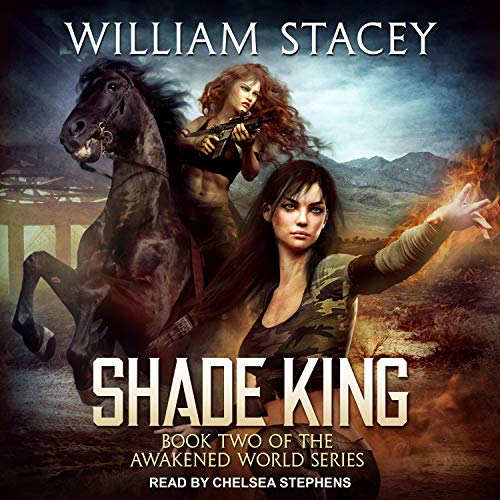 The Awakened World of 2053 - a shattered land of magic, Fey, monsters...and world-ending secrets.

What difference does a week make?

I'm Angie Ritter, former army mage and recovering headcase. Seven days ago, I was struggling to survive without my magic. Now I'm on the run with a family of werewolf super-soldiers. Not going to lie. I'm in trouble - a lot of trouble: A cult of dragon-worshipping fanatics wants to cut my heart out, vampire assassins hunt me, and even my own countrymen want to hang me for treason.

Oh, and a dark empire plots to conquer the entire West Coast. It may be led by a pair of dragons, honest-to-god dragons.

Did I mention I'm possessed by an ancient entity of unimaginable power?

Last week was hell on Earth, literally. I think this week is going to be worse. At least my magic's back - wow, is it ever back!

What listeners say about Shade King