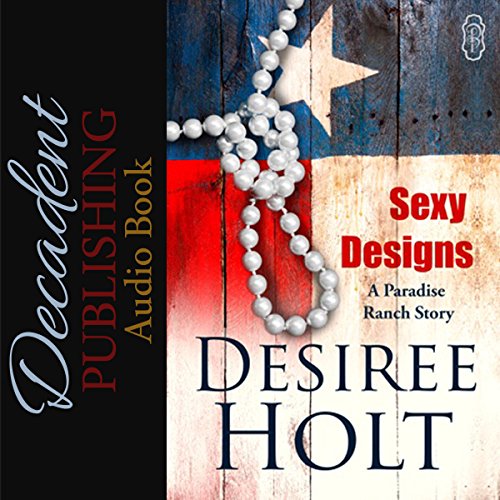 Little did Ben Randall know, when he hired Grace Traynor to design the décor of the main buildings of Paradise Ranch, he would meet the dream woman of his middle years. Sure, he's dated women over the years, but none of them turned into relationships. And Grace's mature figure calls to him in a way that has every inch of his body standing up and taking notice.

The attraction between them escalates, and Grace worries it's been too long since she's been in a man's arms. Can Ben ease her fears and convince her she's exactly the sexy design he craves?

What listeners say about Sexy Designs

This is a perfect quick listen if you have a couple of hours. I love the mature characters and how Ms Holt deals with past regrets.