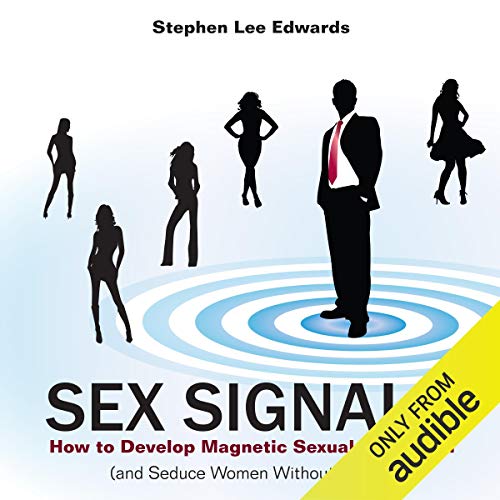 "Hold a woman spellbound...without saying a word." A guy walks into a bar and says...nothing. Twenty minutes later, he's walking out with an attractive woman on his arm. You've seen it happen. And you've probably asked yourself, "What's the secret?" I'm going to tell you. In this book, you'll learn the secret to body language seduction- a method of picking up attractive women that is extremely powerful, yet incredibly easy to master. You'll learn things like...

While other men will be stumbling over themselves to come up with the perfect opener, you'll get the attention of women simply by walking in the room... Stephen Lee Edwards is a former political consultant who specializes in how to influence people using non-verbal communication. He is based in Washington, DC.

What listeners say about Sex Signals

Not much details...the book is too superficial.i was expected to read a lot about what,where and when.

straight from the mystery method !!!