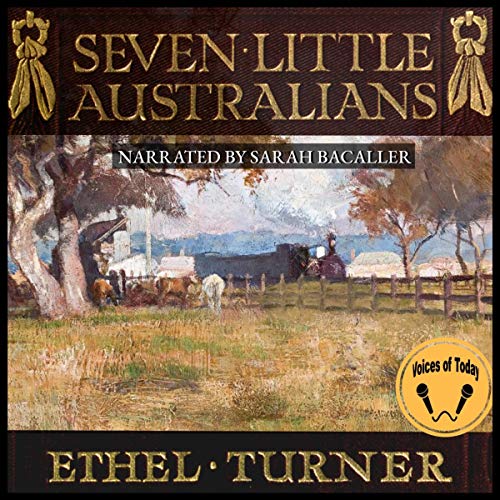 Seven Little Australians is the story of the mischievous seven children of the Woolcot family - Meg, Pip, Judy, Bunty, Nell, Baby, and the General, whose father little understands them and whose young stepmother is hardly an adult herself. The Australian bush sets an iconic backdrop for the misadventures of this energetic mob. Seven Little Australians is classic work of Australian children's literature and is set in 1880s Sydney. Written by Ethel Turner and originally published in 1894, it was recognised in 1994 as the only Australian book to have been continuously in print for over 100 years.

A tragedy but reminiscent of youthful abandon

Very sad and a window into a carefree past i would like to return to.