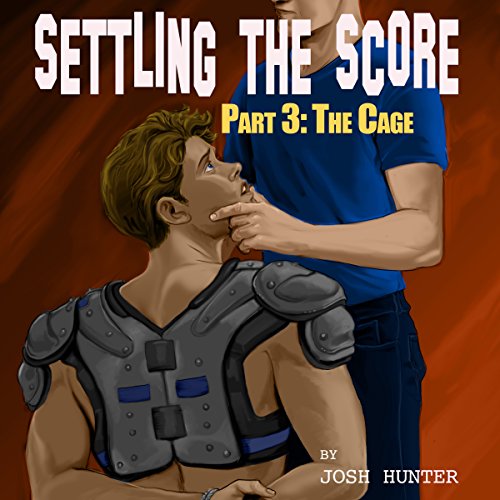 Settling the Score - Part 3: The Cage

A straight stud is starting to break...

Wade still struts around school in his varsity jacket like he's the king of the world. Laughing it up with his jock buddies. Making out with his cheerleader girlfriend. Making fun of the "queers". But behind the eyes he's starting to get desperate.

Wade hasn't had sex in a week. Any kind of sex. Not since I put his manhood under lock and key. I wonder how much longer he can take it. Another day? Two? Pretty soon, the frustration will be too much, and he'll do anything just to get some release.

There's only one problem: It turns out that I'm not the only one who has Wade in training. And somebody wants to break him first.

What listeners say about Settling the Score - Part 3: The Cage

love the two guys together.. I find them really cute together. 🤗 the coach just came out of nowhere. ugh. 😑
love the narration..!