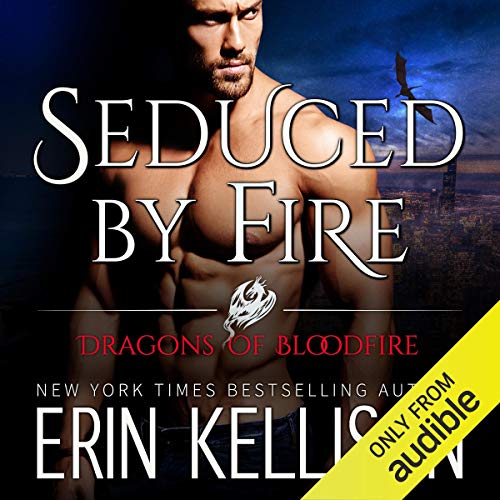 Seduced by Fire is the third book in the thrilling and passionate Dragons of Bloodfire series by best-selling author Erin Kellison.

Dragon shifter Ryder Magnus is living a lie. In order to search for lost and forgotten treasure, he lives secretly among humans, posing as a professor of antiquities. When his cover is blown - in front of a classroom of students, no less - he is determined to find the Bloodkin responsible and make them pay.

Bloodkin Aura Ortiz is in a race against time. She must find the powerful Bastard's Eye before it falls into the wrong hands. When a viral video surfaces of Ryder, smoking with anger and on the verge of a shift, she can't believe her luck. No one hunts treasure better than he does. If he won't do it for friendship - that had gone up in flames years ago - will he do it for vengeance?

Aura gets under Ryder's skin like no other woman - she always has. Their collaboration re-ignites old passions and sets Ryder on a hunt of his own...Aura herself. As they delve deeper into darkness, their adversaries multiply. Knowing whom to trust is the difference between life and death. Can they put the past behind them and blaze a trail through danger to forge a future together?

What listeners say about Seduced by Fire

I could not wait for the release of this book and it did not disappoint. I need to listen to more books by this narrator. He did an awesome job