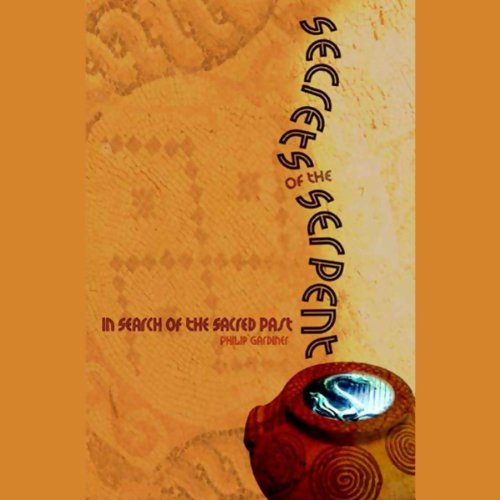 Secrets of the Serpent

Across time and across the world, an ancient serpent cult once dominated mankind. Then a great battle ensued and Christianity stamped its authority on the face of the planet. Now, after years of research, the real religious history of the world can be told.

In Secrets of the Serpent, Philip Gardiner for the first time reveals the secret of the Holy Grail and Elixir of Life, and how the world's most mysterious places were once sacred to the serpent cult. The history and mythology of the so-called reptilian agenda and alien visitation in ancient times now has a solid opponent, giving answers for the many symbols and myths often confused by those who believe in such things. In Secrets of the Serpent, the author reveals the real "bloodline" spoken of by Dan Brown in the Da Vinci Code. It was, in fact, a serpent bloodline.

What listeners say about Secrets of the Serpent

Great information if you don't mind loud music playing through the entire reading. The other reviewers aren't wrong. His other audio books are like this and it is very distracting. If you want a summary of this book you can download Mysteries of the Ancient World instead.

An in-depth, historical examination of the "serpent" in religious/spiritual life of man.

I had to really struggle to listen to this book as the voice was rather annoying and dreary but I persisted as I wanted to hear what he had to say about something I have an interest in. He visits many ideas and then forms his own conclusion. I wonder if yours will be the same as his?