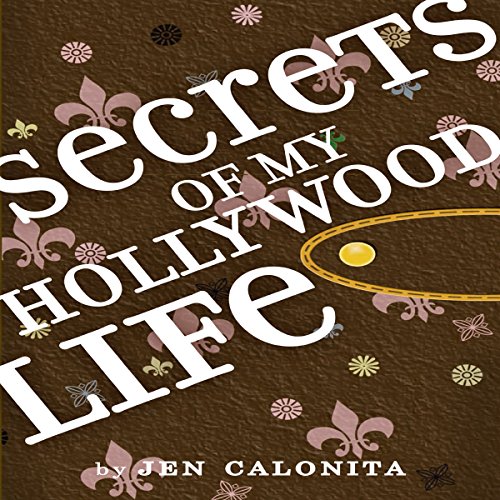 Secrets of My Hollywood Life

Secrets of My Hollywood Life introduces 16-year-old Kaitlin Burke, star of the nighttime soap “Family Affair”. Overworked, sleep-deprived Kaitlin plots to peel away from 18-hour shoots and tedious press junkets. When Liz, a non-celeb, grumbles about homework, wistful Kaitlin conspires to enroll incognito at Clark Hall, Liz’s ordinary high school, for a taste of normalcy. Plans unfold: Kaitlin’s hair and makeup squad disguise her as drab, British transfer Rachel Rogers, while her agent negotiates approval from the principal’s office. Soon Kaitlin is navigating French, cafeteria lunches, and the hunky Austin Meyers. But despite her anonymity, Kaitlin still bumps up against backstabbing and drama. She learns high school and Hollywood both require resilience and courage not to blend in. She also becomes popular despite her mousy makeunder.

Voicing Kaitlin is tricky since it’s hard to feel intuitive sympathy for a gorgeous, kind, rich teen. Hernandez gets it, and animates her Kaitlin with cheery cadences shadowed by weariness, reminding us she’s no ingénue. Earthy, artsy Liz disarms with a warm, kooky chuckle, but still snaps off Kaitlin’s conniving nemesis, Sky, with an acidity that’s winning. If you’ve ever hyperventilated over photos of starlets fetching coffee in yoga pants, Secrets of My Hollywood Life provides reassurance that complications surely exist beyond latte runs. —Nita Rao

What if your picture was taped inside teenage boys' lockers across America, your closets were bursting with never-worn designer clothing, and the tabloids constantly asked whether you were losing your "good girl" status?

It's a glamorous life, but 16-year-old Kaitlin Burke, costar of one of the hottest shows on TV, is exhausted from the pressures of fame. Then she hits on an outrageously daring solution, one that has to remain top secret or it will jeopardize everything she's ever worked for.

What listeners say about Secrets of My Hollywood Life

Book might be somewhat decent for a younger reader if the narrator wasn't so awful!

I won this book at a school fair 13 years ago when Jen Calonita herself, met and signed over this book to me. It was my very, very first book to start off my collection, journey and love of young adult - coming of age fiction novels. Always a great reread and will always have a place in my heart ✨ r.e

Except for the voice, it's (surprisingly) ok!

When I bought this book, I was looking for something light and mindless. For that purpose, this is a perfect story. And I found it more entertaining than I expected. If you are a fan of Gossip Girl or similar shows, this book is for you. (Gossip Girl and Secrets of My Hollywood Life are published by the same house, actually.)

But one thing I didn't quite like about this audiobook is the voice. It's too nasal for me.. Given that everyone's tolerance level is different, I recommend that you try this.

Story was good and so really tried to get past the patronizing sounding narrator but once the awful English accent started I couldn't continue and finished reading it as an e-book.