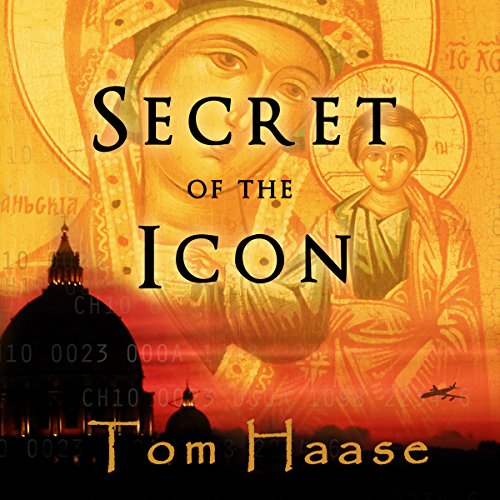 Secret of the Icon

In the Blue Ridge Mountains of Virginia, the FBI intercepts an arms deal. One agent is dead and the agent in charge quits. The arms dealer, who works for a Russian warlord, escapes. He possesses an icon that comes from the time of the Byzantine Empire, stolen from the Vatican in WWII, and containing a Nazi secret from the occupation of Italy. The secret the icon contains is a bank code to Swiss accounts.

The Vatican learns of the icon's existence and wants it recovered, and sends Jonathan McGregor after it. The director of the FBI enlists Matt Higgins to form a special operations unit to track down and destroy the arms dealer selling to homegrown jihadists. Matt recruits his old army comrade, Bridget Donavan, and together, they form a plan to capture the arms dealer. An addition, they will retrieve the icon from him, which will redeem Bridget from a death threat.

Nothing ever goes as planned.

What listeners say about Secret of the Icon

Best book in the series

This was my favorite book in the series so far. It could be because the book centers around retrieving a stolen Russian icon, and I am fascinated with all things Russian. Aside from this, the book has lots of exciting facets: arms dealers, Vatican conspiracy, Nazis, and more. There is so much action in this book that it really keeps you engaged the whole time. I listened to the Audible audio version of this book narrated by David Dietz. After listening to four books in this series with the narration split between John M. Perry and David Dietz, I prefer Dietz. His "female" voices, which I had a problem with in the past because they came across too whiny, were much better this time. I really don't have anything bad to say about the narration. Overall, if you like the Dan Brown-style books this is a great series to try.

An arms dealer where the mission went bad for the agents. He has a Russian icon, and with the Vatican hearing about it, they want it returned. A good intriguing plot for Matt and Bridget. Good audio by David, given audio for my voluntary review