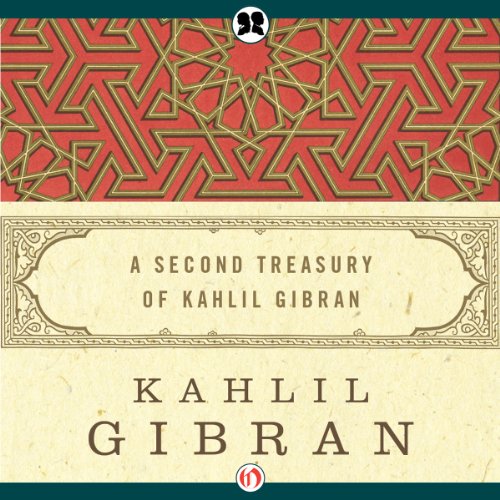 Kahlil Gibran, author of The Prophet, is known throughout the world as the immortal Prophet of Lebanon and the Savant of his Age. A Treasury of Kahlil Gibran, which sold over a hundred thousand copies, led to a wide demand for a sequel volume. The demand has been met in A Second Treasury of Kahlil Gibran. In this magnificent volume, Gibran's writing in his beloved mother tongue, Arabic, have been translated superbly into English by his great friend, Anthony Rizeallah Ferris.

Included are four great books: The Broken Wings, an exquisitely tender, poetic love story; The Voice of the Master, Gibran's remarkable study of his life; Thoughts and Meditations, containing Gibran's spiritual message to the world; and Kahlil Gibran: A Self Portrait, in which Gibran's greatness is revealed through his letters.

What listeners say about Second Treasury of Kahlil Gibran