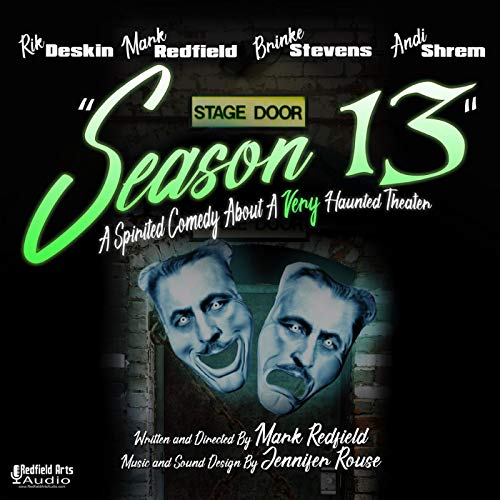 A spirited comedy about a very haunted theater! Theatrical Stage Manager Nick Papadakis (Rik Deskin) - call him “Pop”, everybody does - takes a new job at the infamously haunted Majestic Theatre in Seattle one week before they open their annual holiday cash-cow A Seattle Christmas Carol.

Legend has it that The Majestic is haunted by dead film and stage star Jack Fairbanks (Mark Redfield), his beautiful wife, Victoria (Brinke Stevens) and company (Joshua Kennedy and Brian Chetelat).

Jack Fairbanks and Company will return.

What listeners say about Season 13