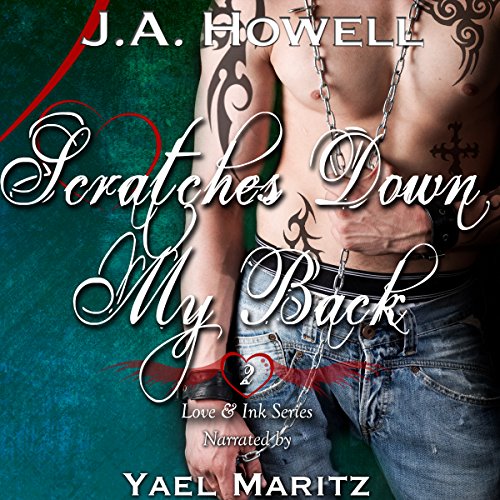 Scratches Down My Back

Not for readers under the age of 18+. Contains language, explicit sex, and adult situations.

Liam Donovan can't connect with women. The only woman he thought he had something with was his best friend Shayne, but she chose his younger brother over him. Single, bitter, and with a non-existent sex life, he's accepted the only good things he's got going in his life are his tattoo shop and fighting in the cage.

When Lucy Stevens walks into his shop for a tattoo, he dismisses her like so many of the beautiful but vapid girls he's met over and over. Unfortunately for him, this five foot blonde bombshell is more than capable of going a few rounds, easily putting Liam in his place. He finds her ability to keep him on his toes both intriguing and annoying. But he isn't just afraid of being able to keep up with her verbal jests. Despite nothing being medically wrong with him, Liam hasn't been able to "perform" on that front in years...

But Lucy isn't one to back down from a challenge. When she gets this man in a compromising position and it seems once again his body won't cooperate, Lucy takes control of the situation. A little tough love never hurt anybody, and it seems with Liam, that's just what he needed.

For someone that's spent the last decade having to be in charge, Liam finds complete release in handing it over to her. But Lucy is keeping a few secrets from Liam. Secrets that have previously destroyed her life and her past relationships. As she falls for Liam, she knows she needs to tell him. But will he still want to submit to her once he finds out the truth? Or will this be the one fight he walks away from?

What listeners say about Scratches Down My Back