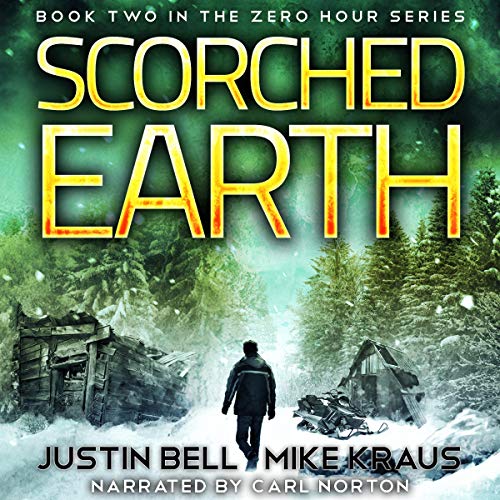 The world teeters on the brink as the bioweapon takes hold, and the scattered remains of American civilization try to put the pieces back together. Jackson and his group head on the road to Connecticut in hopes of reuniting with his fiancee, unaware that things in his small hometown are not what they seem.

Can Jackson, Clark, Broderick, Melinda, and Javier survive their long midwinter excursion through the New England woods, and what role will the Scavengers play in America's future?

Battle lines are being drawn, and if you thought the bioweapon was the worst threat to American safety, you ain't seen nothing yet.

Zero Hour is a six-part novel-length post-apocalyptic survival thriller series that asks one simple question: Do you have what it takes to survive? The story follows the unleashing of a bioweapon on an unsuspecting American populace, killing hundreds of millions in the blink of an eye.

What listeners say about Scorched Earth