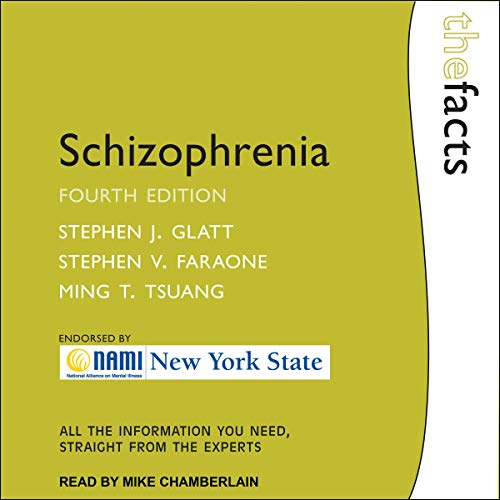 Schizophrenia is one of the most traumatic psychiatric disorders, both for the affected person and their family. It also carries an unfortunate stigma and suffers from frequent misinterpretation by the popular media. The disorder usually manifests itself through significant periods of hallucinations, bizarre delusions, and disorganized behavior, but the individuals who suffer from this brain disorder are not generally violent, and do have periods of remission. However it is often difficult for these individuals to maintain a regular lifestyle and relationships at home and at work, and many individuals with schizophrenia end up unable to live independently or, worse, homeless.

This new edition in the popular Facts series provides a concise and up-to-date account of the underlying causes and symptoms of schizophrenia, as well as current theories about the disorder. The authors look at all the current treatment options, both medical and psychological, together with likely side-effects and the problem of compliance with treatment. The role of the family and the community in caring for individuals with schizophrenia is also considered.

What listeners say about Schizophrenia

I'm sure the doctors would agree

only way your going to know is listen!
doctors or not even qualified doctors
have worse conditions then the patients in some respects of mental illness but I'm sure the narrator agrees with the doctors and the doctors agree with the diagnosis of mental health illnesses. myths are that an illness exists when their is a diagnosis of mass population of an illness that makes billions everyday and makes multi pharmaceutical companies very rich indeed and makes the majority of the population sick!

I purchased this audio book as a quick refresher as I prepare for my licensing exam. I believe this book was very helpful and easy to understand.

well, if you are worried about a person hearing voices from/their heads/cars/ radio announcers/ neighbours/ speaking at your person or your friend ...get help. It is better treatment today...since the 1970's. You can live a life..within a context....on your own, with help with relatives on your side. Yes, with some meds.
And says it actually you were given this disease by genes. Started, basically at conception, and it can be stirred by drug use....
Good luck.

A-Z Story of Schizophrenia and how to help your loved one.

Thank You so much for the work you and your colleagues did on the book. It was truly so helpful in understanding the disease and how to help your loved one with the disease and yourself.