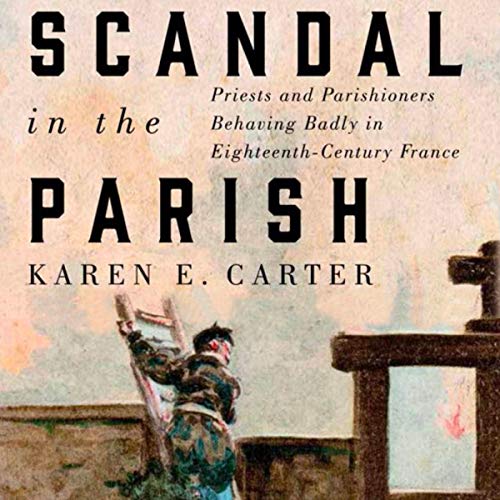 Scandal in the Parish: Priests and Parishioners Behaving Badly in Eighteenth-Century France

In 1770, the priest Nicolas Vernier was accused of neglecting church services, inappropriate behaviour in the confessional, financial improprieties, and affairs with the village schoolmistresses. In a contentious church court case, parishioners described all of their priest's wrongdoings, and in turn, he detailed many of theirs. Ultimately, Vernier finished his career as a cathedral canon in another diocese.

Scandal in the Parish recounts Vernier's story and many similar 18th-century cases. In fascinating detail that reveals essential facets of rural religion during the Catholic Reformation period, Karen Carter considers French lay people's relationship with their parish curé, who governed and influenced so much of their religious practice. Although the priest's role as purveyor of God's grace through the sacraments was secure as long as he performed his duties appropriately, priests who were unable to navigate the pressures and high expectations put on them by their superiors and parishioners risked broken relationships, public disturbances of the peace, and even prosecution. These scandals, Carter demonstrates, tell us much about rural parish life, the processes of negotiation and accommodation between curés and their parishioners, and ongoing religious reforms and enforcement throughout the 18th century.

An engaging venture into the world of the parish that highlights the centrality of the priest-parishioner relationship, Scandal in the Parish reveals the attitudes and practices of ordinary people who were active agents in their religious and spiritual lives.

What listeners say about Scandal in the Parish: Priests and Parishioners Behaving Badly in Eighteenth-Century France