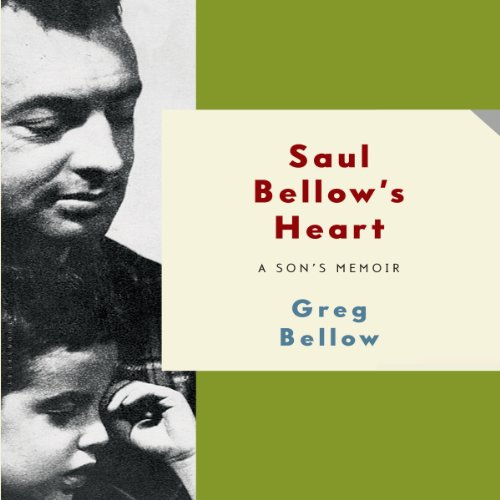 Saul Bellow was easily angered, prone to argument, and palpably vulnerable to criticism, but according to his son, his young father was also emotionally accessible, often soft, and possessed of the ability to laugh at the world's folly and at himself. Part of Greg Bellow's bond with his father was grounded in that softness, in humor, and in the set of egalitarian social values he followed.

Saul Bellow's accessibility and lightheartedness waned as he aged, and his social views hardened, although he was, fundamentally, no less vulnerable. His earlier tolerance for opposing viewpoints all but disappeared, and his ability to laugh at himself faded. These changes eroded much of the common ground between Bellow and his son and taxed their relationship so sorely that Greg often worried whether it would survive. But theirs were differences of mind, not of heart.

This memoir gives equal weight to the young Saul Bellow - the rebellious, irreverent, and ambitious young writer - who raised Greg, and the older Saul Bellow, famous and fiercely private. It paints a very human portrait of a man who hid behind parabolic stories, jokes, metaphors, and partial truths, never letting the public see his true self.

Would you listen to Saul Bellow's Heart again? Why?

Absolutely. This is a fascinating and deeply moving story of a relationship that might easily have failed, but for the loving endurance and perseverance of Greg Bellow, Saul Bellow's eldest son. As a mature man, a father himself and a clinical psychologist, Dr. Bellow writes with a distinct authorial voice which bears little resemblance to that of his famous father. It is clearly his own! Greg Bellow's capacity for self reflection are remarkable.

What other book might you compare Saul Bellow's Heart to and why?

I can not think of another book like this one.

The aspect of the book that seemed to elude the author, but seemed evident to me, is the importance of Greg Bellow to Saul, the man. His son's loving attachment, his strong intellect and independent point of view, and his deepening psychological insights must have been vital to his own well-being over the decades. I like to imagine his silent, heartfelt gratitude for the gift of having such a son.

Yes, of course it was Mr Bellow's last visit with his bedridden and soon-to-die father. The last words he shouted over the phone to him, weeks later, were most touching: "I love you, Sweetheart!"

I was disappointed by the narrator's slightly breathless, saccharine interpretation. I think the story deserved a stronger and more straightforward empathic reading.