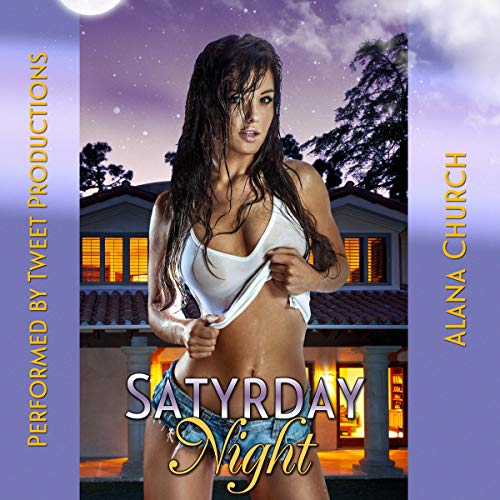 Owen Howard is starting to panic. What seemed to him to be an innocent gift has turned his entire world sideways. Pursued by the women he meets, unable to understand what is happening to him, he turns in desperation to the woman who gifted him with the bracelet the night before. What she tells him is a revelation which will change his entire life.

How will Owen adjust? Will he embrace his destiny as a god's chosen vessel? Or will he deny the pleasures of the flesh which are waiting for him on…Satyrday Night?

Isabel took a sip of wine, her eyes bright. This was how things were meant to be. Owen beside her as her friend. Soon to be in her bed as her lover.

“Really?” Isabel asked. She had to close her eyes briefly as a tide of jealousy surged through her, bitter as gall. How dare she try to steal my Owen away from me! She smiled at him, hiding her pain. “How did that happen?”

Owen laughed. “God only knows. We were talking in the office this morning and something just...clicked...between us.” He opened his mouth as if to continue, but dropped his head, blushing as he took another bite of food.

Below the table, a knuckle cracked as she clenched her fist. She raised her shaking hand and took another sip of wine.

Filthy tramp! I know what she did. She pulled down her shirt and flashed her Indian tits at him and he couldn't help himself.

She took a last bite of rice, then reached for a piece of bread, sopping up the the juice on her plate.

Two can play your game, Anaya.

Without even thinking, she pulled the straps of her dress down, letting the top half of her garment fall to her waist. Unbound, her breasts sprang free.

“Isabel! What the hell are you doing?” Owen's voice was a breathless shout of horror.

She lounged back in her chair, raised her glass to her lips, and took another swallow of wine. She tried to appear calm, but her hand shook slightly, and a trickle of wine ran down her lips and dropped onto her chest. To Owen's eyes she looked free, fierce, and slightly mad.

Quite a bit, the thought came to him, like Phoebe had, the night he first met her.

What listeners say about Satyrday Night

the ending of this series is bad

I loved the first two books in this series but the ending was just gross. I don't want anything sexual to happen with family members present.