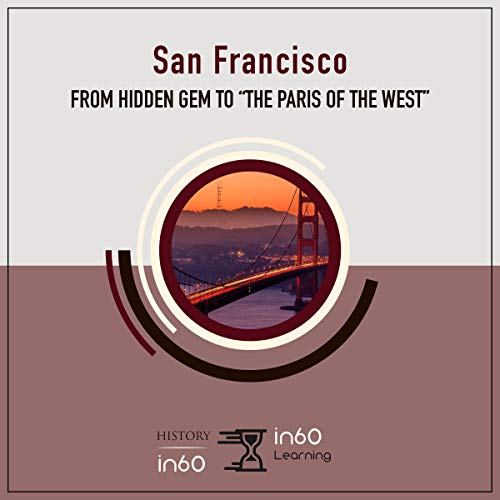 San Francisco: From Hidden Gem to “the Paris of the West”

By: in60Learning
Narrated by: Tyler Kent
Free with 30-day trial

Get smarter in just 60 minutes. Concise and elegantly designed audiobooks help you learn the core subject matter in 20 percent of the time that it takes to read a typical book. Life is short, so explore a multitude of fascinating historical, biographical, scientific, political, and financial topics in only an hour each.

San Francisco’s history precedes its name by several thousands of years. Though Europeans had settled in other parts of California much earlier, it wasn’t until 1769 that they stumbled upon the bay area. When the Spanish first arrived, they were floored by its natural beauty, which had been carefully maintained by its longtime residents, the Ohlone Indians.

The Spanish began converting the natives and established a mission, the patron saint of which was St. Francis of Assisi, the city’s future namesake. The area changed rapidly over the subsequent centuries, as it shifted between governing powers and played host to several great booms in American history, yet retaining its beautiful landscape and charm to this day.

What listeners say about San Francisco: From Hidden Gem to “the Paris of the West”