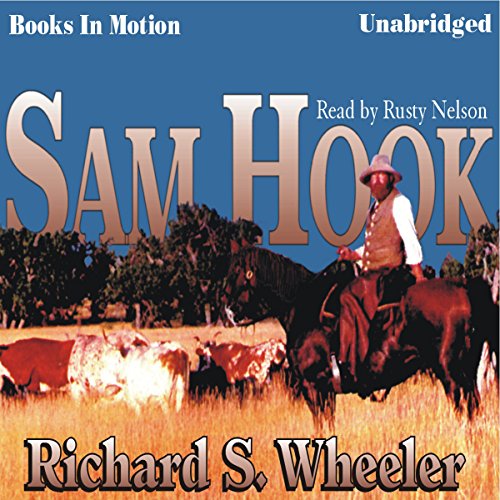 Meagher County, Montana, is Hereford country. All the ranchers are raising Angus or Hereford cattle - all except Sam Hook. He is the only holdout, continuing to herd longhorns as he has for years. Since everyone uses public range, there is no way to keep Hook's longhorn bulls from breeding with the Hereford herds, lowering their value.

The ranchers form an association with the number one goal of getting rid of Hook's longhorns, even if it means getting rid of Hook himself. Sheriff Oglesby doesn't care one way or the other what breed of cattle anyone has, as long as it makes for a good steak on his plate. Until Sam Hook entered his life, the sheriff hadn't even needed to worry about being re-elected. Now, the Association has ordered him to confront Sam Hook, and Oglesby's tin star may be no match for the old man's courage and determination.

What listeners say about Sam Hook