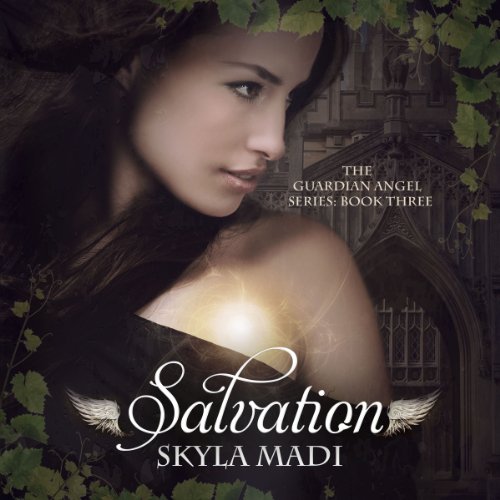 In the aftermath of a battle that forced Ruby to flee the safety of the guardian angels, she settles into a small town, hoping to blend in and forget about the ones she loved. It isn't until Hunter stumbles across her working in a bar and a well-timed email from Ivan Aleksandrov that she realized she could go back to Sage Sanctum - for a few days, at least.

Out for revenge, Lucian will stop at nothing until he has Ruby for himself, but he isn't the only one that needs her. The council, a group of gods/goddesses have a mysterious hand in Ruby's return to Sage Sanctum and Mr Aleksandrov is eager to find out what it is.

Destroying Lucian is the least of her worries when Ruby comes face to face with Eli De Luca, the love of her life. It seems her departure has affected him more than she thought it would, but his frustration with her isn't strong enough to hide the electricity that crackles relentlessly between them. Determined to end her very real nightmare once and for all, Ruby fights the biggest battle of her life, one that affects not only her, but everyone involved.

What listeners say about Salvation