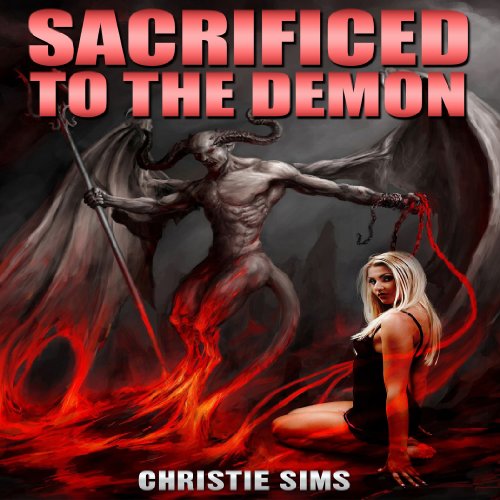 Sacrificed to the Demon

Ayra was certain she was ready. She’d told her friends and family that she was ready to meet her destiny. But as she lay chained to the stone slab, she was having second thoughts.

The Order had to give a sacrifice to the demon watching over their city, so that he would leave them in peace for another three years. So they chose Ayra. There was no better sacrifice. She was young, beautiful, kind, and gentle. No other citizen of the city would please the demon more.

The demon agreed. However, instead of killing the girl, he had a better idea. He wanted to use her body for his pleasure. Ayra is disgusted by this creature, but she is entranced by his powerful, muscular body. She doesn’t want to pleasure him, but she doesn’t quite know if she can resist.

What listeners say about Sacrificed to the Demon

Something a little bit different to the usual fantasy world story's but could of done with a better ending.