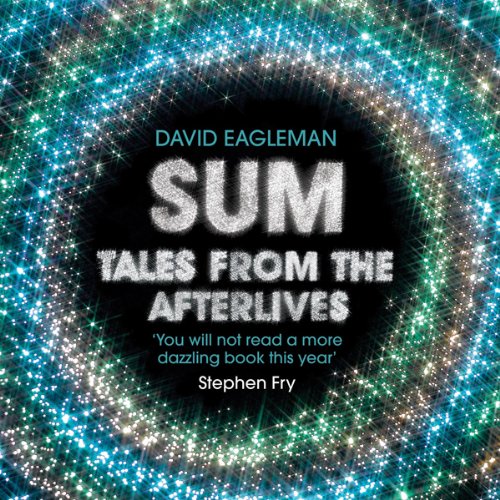 Two stories from SUM: Tales from the Afterlives by David Eagleman.

In 'Giantess', read by Harriet Walter, you meet a galactic neighbour who explains that Earth is part of an immeasurable living mass called the Giantess.

In 'Graveyard of the Gods', read by Jack Davenport, you realise that anything we create becomes part of our afterlife, including the gods we created.

In SUM, David Eagleman entertains 40 fictional possibilities of life beyond death. With wit and humanity, he asks the key questions about existence, hope, technology and love. These stories are full of big ideas and bold imagination.

"You will not read a more dazzling book this year." (Stephen Fry)
"SUM has the unaccountable, jaw-dropping quality of genius." (OBSERVER)