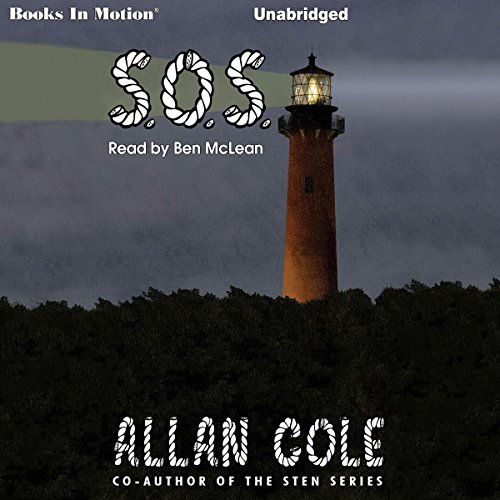 S.O.S. is a fine WWII-era historical novel (based on Allan Cole’s family experiences) set in Florida, on the “Home Front.” Nazi submarine attacks off the coast are only the start of the problems for local residents. Will humans overcome obstacles in the face of adversity and surely save the day?

The author writes: “Between February & May of 1942, German U-boats operated with impunity off the Florida coast, sinking nearly two dozen freighters from Cape Canaveral to Key West & killing 5,000 people. Residents were horrified witnesses of the attacks - the night skies were aflame & in the morning the beaches were covered with oil & tar, ship parts & charred corpses. The Germans even landed teams of saboteurs charged with disrupting war efforts in the factories of the North. This novel is based on those events. For my own purposes, I set the tale in the fictitious town of Juno Beach on the banks of the equally fictitious Seminole River - all in the very real Palm Beach County, a veritable wilderness in those long-ago days. Among the witnesses were my grandfather & grandmother, who operated an orchard & ranch in the area.”

What listeners say about S.O.S.