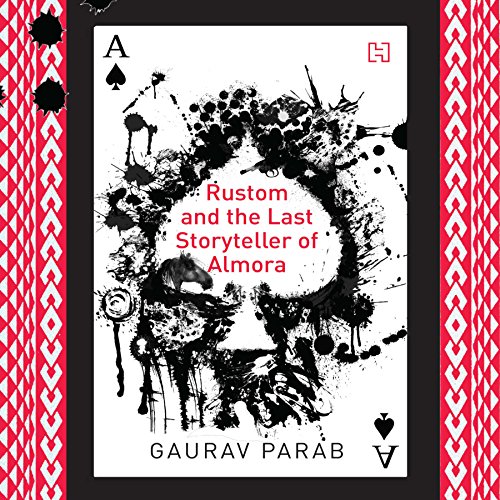 Rustom and the Last Storyteller of Almora

Rustom Iraqiwalla, a once-rich, green-eyed Parsi man, is all set to blow his brains out at his best friend's wedding. Debt ridden and marked by the Mafia, this is the only way he can secure his family's future and atone for all the rotten choices he has made in his life. This extraordinary situation comes by way of his grandfather Fali's last will that states Rustom shall inherit the family fortune if he kills himself in a public place with the former's eponymous gun.

Before he has a chance to shoot himself, his best friend, Mani, convinces him to meet an unlikely saviour in the Himalayan town of Almora - a drugged-out godman belting out strange visions through cryptic stories of love, power and loyalty. Will the last storyteller give Rustom a reason to live, or will his tales push Rustom further into an abyss of unimaginable loss?

By turns dark and humorous, quirky and dead serious, Rustom and the Last Storyteller of Almora is a scintillating debut about a man ready to embrace death to redeem his life.

What listeners say about Rustom and the Last Storyteller of Almora