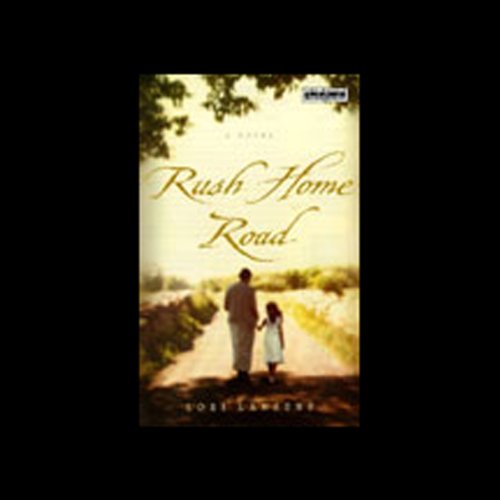 When Addy Shadd was a young girl living in Rusholme, she was taught the history of her town, which was settled by fugitive slaves in the 1800s. It was told to her like a storybook legend - and although Addy is forced to leave her beloved home as a teenager, the place will call to her for the rest of her life. She thinks of it as a commandment: "Rush home, Addy Shadd. Thou shalt rush home." But the stories and memories of Addy's past have been buried deep in her 70-year-old heart - memories that are by turns dark and poignant, erotic and mysterious.

When five-year-old Sharla Cody is abandoned on Addy's trailer-park doorstep, the old woman doesn't know if she is up to the task of mothering the willful, curious child. But she takes the little girl into her home, and Sharla opens a door to Addy's past - to memories of the strawberry fields, the church graveyard, and the tender crust of her Mama Laisa's apple pies. The past returns to Addy Shadd, and as she sits in her trailer she can close her eyes and "see the county farms and city streets and recall each season of death and rebirth." Somehow, Sharla Cody helps Addy make sense of her long and hard life so she can find forgiveness - and finally make the journey home again.

"Lansens is a brilliant talent, with a profound, big-hearted comprehension of human flaws and humane possibilities." (The Globe and Mail)

I selected this book because Ruby Dee is the narrator and I had listened to "Their Eyes Were Watching God" with utter amazement. This book is equally amazing, rich characterization and beautifully narrated. I found myself connecting with the main character every step of her journey.

From the beginning this book was very intriguing and the reader's voice was totally enthralling. I listen as I drive and often space out and miss things. I have to rewind a lot, but not with this book. The reader is easy and pleasant to listen to. The book started really strongly and was pretty good throughout, but the ending was sort of abrupt. On the other hand, as an audio book it was shorter than most, which is sometimes nice. Many of them go on and on forever.

Have you listened to any of Ruby Dee’s other performances before? How does this one compare?

I don't know if Ruby Dee also read in The Help, but if not, she sounds a lot like the women who did.

An excellent story. I was facinated with how envolved the listener becomes with the main 2 characters and enjoyed looking into the window of their lives.

I would really like to see a rating system on books like they have on games and movies that will tell you about the content before you buy it. The first chapter contained filthy language and violence (a scene where a child is raped). This book was a waste of my money as I do not want to listen any further. Big bummer!

I loved the readers voice! She brought life to the story.

I wish I could get my money back :(

What made the experience of listening to Rush Home Road the most enjoyable?

The story was compelling and the narration was so vivid I could see every character in vivd detail. They stayed in my thoughts long after I finished reading.

Kindness and generosity juxtaposed to indifference and cruelty were themes that played throughout the story. Some people just shouldn't be parents and the viciousness of their
words and actions is devastating.

You know how good an audiobook is when you keep listening even though you're so sleepy your eyes burn and the first thing you want to do the next morning is turn on your Kindle before you even make coffee. I look forward to experiencing another book by Lori Lansens and I could listen to Ruby Dee read anything, anytime, anywhere.

you don't want the story to end.

What made the experience of listening to Rush Home Road the most enjoyable?

When the connection was made between the child and her family

Have you listened to any of Ruby Dee’s other performances before? How does this one compare?

What did you love best about Rush Home Road?

The story is very real. Full of everyday experiences. Certainly not a fairy tale. I loved it - it was my first audio and I read the reviews before I purchased it.

The moment Addy Shadd discovered she was pregnant she made a decision to love her baby and not reject it because it was also a victim of a violent rape.

Absolutely beautiful. She has the ability to become the character that she is reading and I am there with her.

Yes - when Addy Shad looked into the face of her dead baby - Liam - and spent the few moments with him.

There were many other special and poignant moments as well. I will certainly listen to Ruby Dee again and read books by Lori Lansens again.

Such a well dramatised reading by Ruby Dee

Would you listen to Rush Home Road again? Why?

Yes because it is a good story that touches the heart and seems so real. The story is very well plotted and Mrs. Dee did a great job reading it. A nice book for the road.

Things are not what they seem to be.

I, too, selected the book because Ruby Dee narrated it and was not disappointed. I didn't want to turn it off! The story was sweet, real, tragic and quite engaging. Characters had depth even if some were only introduced briefly. Timeless and compassionate story.

This book was excellent. I loved listening to Ruby Dee and I loved the story line. It reminded of the The Secret Life of Bees. The only thing I didn't like about this book was that I realized it was an abridged version after I listened to it. After a while, I will get the unabridged version to read.