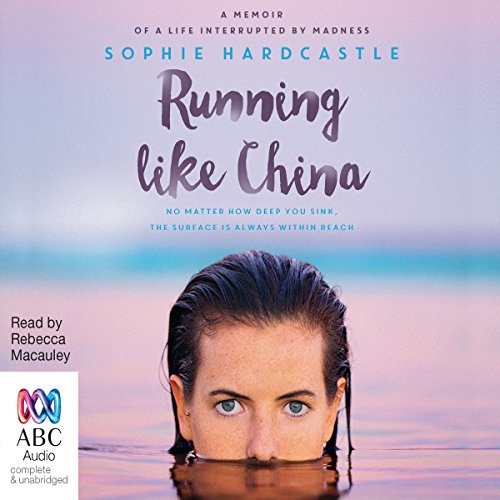 From a talented emerging writer comes a brave, honest, unforgettable memoir about mental illness, which breaks the silence and shatters the taboos to give hope to all those struggling to find their way through.

One day Sophie Hardcastle realised the joy she’d always known had disappeared. She was constantly tired, with no energy, no motivation and no sense of enjoyment for surfing, friends, conversations, movies, parties, family - for anything. Her hours became empty. And then, the month before she turned 17, that emptiness filled with an intense, unbearable sadness that made her scream and tear at her skin.

Misdiagnosed with chronic fatigue then major depression then temporal lobe epilepsy, she was finally told - three years, two suicide attempts and five hospital admissions later – that she had bipolar 1 disorder.

In this honest and beautifully told memoir, Sophie lays bare her story of mental illness - of a teenage girl using drugs, alcohol and sex in an attempt to fix herself; of her family’s anguish and her loss of self.

It is a brave and hopeful story of adaptation, of learning to accept and of ultimately realising that no matter how deep you have sunk, the surface is always within reach.

Running Like China shatters the silence and smashes the taboos around mental illness. It is an unforgettable story.

I felt some of what it must feel like to watch, so helplessly, someone you love, that shone so brightly, begin to disappear into their mind.

It should be compulsory for everyone read this book. It gives a wonderful insight into the cloud that is mental illness and i think the world would be a better place if we all understood it! Thank you China!

An enchanting, moving, heartbreaking-yet-inspiring memoir from an incredibly wise and talented young writer. Brave, honest and mature. I was moved to tears more than once, and particularly captivated by the magic of the ocean through Sophie's words. A slight tendency towards over-descriptive writing in some instances was the book's only flaw. Look forward to hearing more from Sophie Hardcastle.