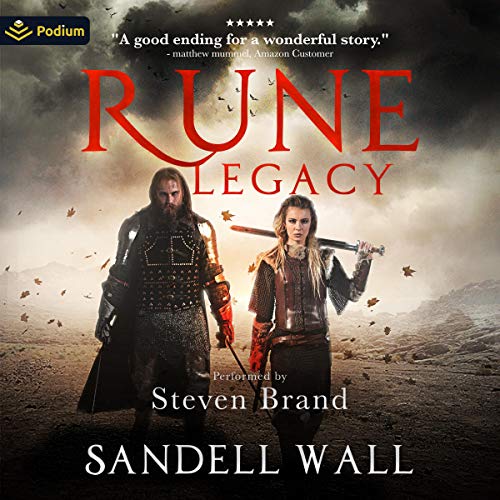 The emperor is dead, and the White City of Amalt has fallen. Those who defy Savaroth's tyranny are enslaved, thrown into chains and forced to carry out his sinister designs. As Savaroth's corruption claims the Alkomian empire, an ancient and terrible evil rises from the bowels of the earth. Rumors of a creeping, entangling horror sweep through the war-torn countryside. No soul is safe, as man, woman, and child cower in the ruins of the once mighty empire.

From deep within a living forest, Aventine leads a fragile rebellion against Savaroth's forces. Yet even as they seek to strike out against the tyrant, they are hunted by an eldritch monster that hounds their every step.

On the coast of the empire, Remus haunts the skies, harrying Savaroth's forces with the might of the Black Citadel. Time is running out, and he must find a way to fight back or flee Alkomia forever.

Remus and Aventine are mankind's last hope for survival. Together they will fall, or rise up and overcome the greatest threat the empire has ever known.

What listeners say about Rune Legacy

Great series. Really enjoyed this fantasy which teeters on the edge of grim-dark fantasy. Remus and Avantine are great characters showing growth and maturity as the series progresses. I hope their will be a new series with these characters. Well done Mr Wall!