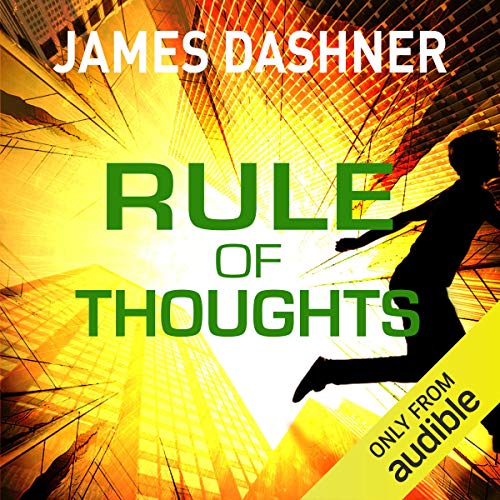 Michael completed the Path. What he found at the end turned everything he’d ever known about his life completely upside down.

He thought he’d been helping VirtNet Security to track down the cyber-terrorist Kaine. He thought the VirtNet would be safe for gamers once more. But the truth is more terrifying than he could ever have imagined.

Kaine is in fact a Tangent, a computer program that has come alive. And Kaine’s master plan is to populate the earth entirely with human bodies harbouring Tangent minds. Unless Michael can stop him....

From the New York Times best-selling author of the Maze Runner series comes The Rule of Thoughts, the exciting sequel to The Eye of Minds. Fans of the Divergent series by Veronica Roth and The Hunger Games will love the new Mortality Doctrine series.

What listeners say about Rule of Thoughts

I quite enjoyed the first book in the series, but honestly, this one just felt like filler material. There's very little character development and absolutely nothing is resolved. The first book felt like a story in its own right, with definite sequel possibilities. This one just seemed to repeat the first story with slight differences, and the "ending" was very lacklustre. "Ok, we'll let you out of prison now for some unexplained reason and by the way, everyone you thought was dead is still alive" I just wouldn't bother.

It was a good book but they both are very short! Just hope the next one is better, when ever it comes out.