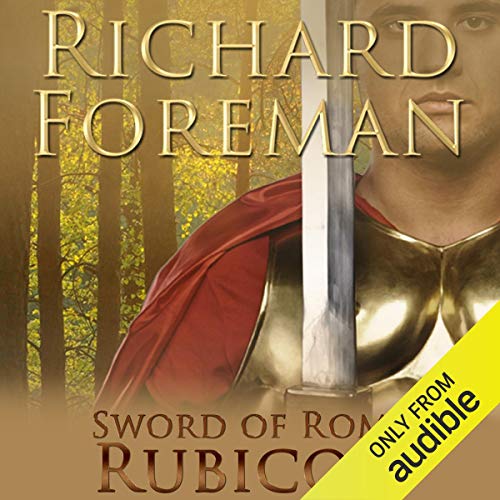 Ravenna, 50 BC: Caesar’s forces stand upon the borders of Gaul and Italy. The prospect of a civil war grows ever likelier each day. But for the veteran soldier Lucius Oppius, this may be one conflict too far. With a new lover, he is tempted to end his long military career - and start a new life. But can any man truly be free of his past and who he is?

In Rome, Cicero attempts to secure a peace. Against him, a powerful faction in the Senate is bent upon destroying Caesar, for personal and political reasons. War hinges upon the will of Pompey, the only man capable of stopping Caesar. Caesar stands upon the banks of the Rubicon, an enemy of the state.

The die is cast. An empire will now be at war, spearheaded by the two great men of the age. And Lucius Oppius will be caught in the middle, unable to escape his fate.

What listeners say about Rubicon