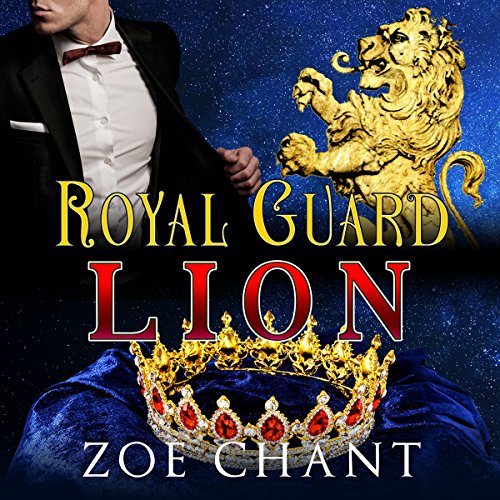 A curvy American shocked to learn that she's a lost princess + a warrior lion shifter sworn to protect her + a hidden shifter kingdom in desperate need of a leader = a sizzling romance fit for a queen!

Signy Zlotsky grew up thinking everything about her (except her hard-to-pronounce name) was ordinary and all-American. Then the father she barely remembers leaves her a royal inheritance. She's the princess of a hidden country ruled by shapeshifters! Signy is human, so she can't rule - but her husband will be the new king. Overnight, Signy becomes the prize in a deadly game of thrones. Surrounded by powerful, ruthless nobles determined to force her into a loveless arranged marriage, Signy desperately needs someone she can trust....

Lion shifter Kai serves in the Royal Guard of Valtyra with unswerving dedication, but he secretly dreams of having love in his life. He's seen the heartbreak that can result from arranged marriages, and he's determined to wait for his true mate. But he never imagined that she would turn out to be Valtyra's new princess...or that he'd be torn between his love for her and his sworn duty to the Crown.

When Kai and Signy meet, their passion is undeniable. But with the fate of a kingdom hanging in the balance, happily ever after isn't easy. Will Signy's royal destiny tear them apart, or can a lionhearted guard become her prince?

loved this storey's will popy''$ story be told

whàt a rear Romance loved. it on audible please keep up let me know when next comes out Annette blauvelt. thank you

Good storyline, great chemistry, intrigue, drama, mystery and lots of action. I really enjoyed it and would definitely recommend.

Is this for real?

Juvenile, boring story, boring narration, mad, undying love at first sight. Granted, it is between soul mates (shifter kind) and some authors can pull it off in a believable way. Not this one though. I could go on but lost to much time on this book already. I would pass it if I had known and would not recommend it. In all fairness, author has written better books and I would not discard her based on this one alone.