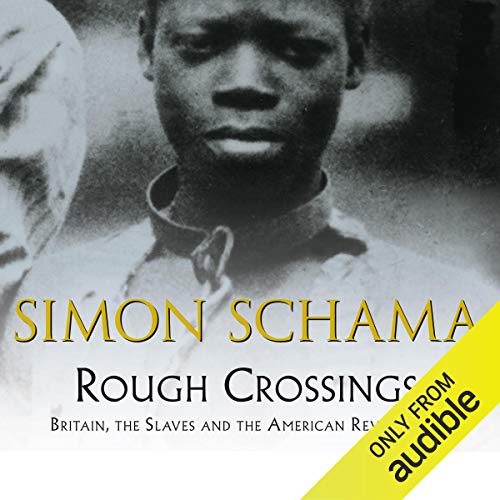 Rough Crossings is the astonishing story of the struggle to freedom by thousands of African American slaves who fled the plantations to fight behind British lines in the American War of Independence.

With gripping, powerfully vivid storytelling, Simon Schama follows the escaped blacks into the fires of the war and into freezing, inhospitable Nova Scotia, where many who had served the Crown were betrayed in their promises to receive land at the war's end. Their fate became entwined with British abolitionists: inspirational figures such as Granville Sharp, the flute-playing father-figure of slave freedom; and John Clarkson, the Moses of this great exodus, who accompanied the blacks on their final rough crossing to Africa, where they hoped that freedom would finally greet them.

Simon Schama is university professor of art history and history at Columbia University and the prize-winning author of 14 books, which have been translated into 20 languages. He has written widely on music, art, politics and food for the Guardian, Vogue and The New Yorker.

His award-winning television work as writer and presenter for the BBC stretches over two decades and includes the 15-part A History of Britain and the eight-part, Emmy-winning Power of Art.

"This brilliant book by the leading historian of our times about a subject of great significance will delight professional historians and entrance the reading public. Rough Crossings succeeds in all respects. It is a 'tour de force' and a landmark in historical scholarship." (Times Higher Education Supplement)
"Schama's gift for plunging us into the very centre of the action, whether in Charleston, London or on the African coast, makes reading an exhilarating experience." (Daily Telegraph)
"Brilliant and deeply moving." (Observer)
"Schama has a remarkable ability to stare into the anonymous faces in the crowd and to pluck them from historical obscurity. Rough Crossings gives voice to people who have, until now, remained mere names on duty lists." (James Walvin)
"One only has to dip into Rough Crossings to appreciate the command of detail that lies behind his apparently effortless ability to come up with the right quotation or description." (Times Literary Supplement)

What listeners say about Rough Crossings

I have only just bought the book. I wanted to submit a review to Amazon immediately in the hope they’ll correct the name of the EXTREMELY DISTINGUISHED AND WELL KNOWN Black British actor who narrates the book. If you ever need to check-in whether structural racism is alive and thriving … this listing may help