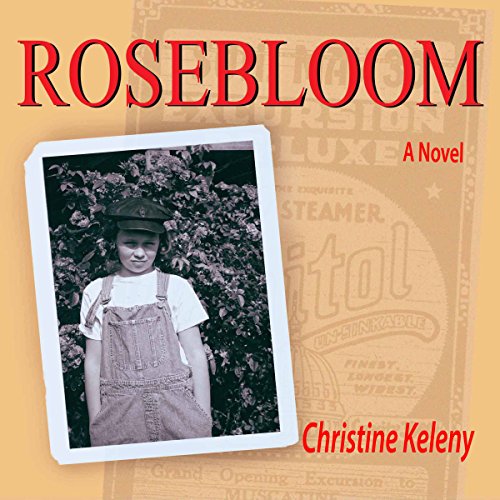 Rose - a precocious young girl in 1930s Wisconsin - runs away from home to avoid going onto high school and what she sees as a certain path to marriage and motherhood. What she seeks is adventure. What she finds is much more.

Rose is thrown into the lives of the varied people and towns of the Mississippi while working on river boats, going to a prep school in St. Louis where she lives with a black family in the Ville, and working in a bordello in New Orleans. (Not as a call girl, of course. She is a Catholic girl from the Midwest after all.) What she doesn't anticipate are the close relationships that develop with many of the women she encounters. She also discovers the harshness of the world far away from the security of home. Ultimately, Rose realizes what is most important in her life: her family and her friends.

Rosebloom takes place at a time in history that buffets Rose between the great depression and the coming wave of World War II. She gets herself into situations through her naivete and also just by chance that test her resolve and teach her not only about herself but about the world of others which she would have never know if she hadn't left her small farm in Southwest Wisconsin.