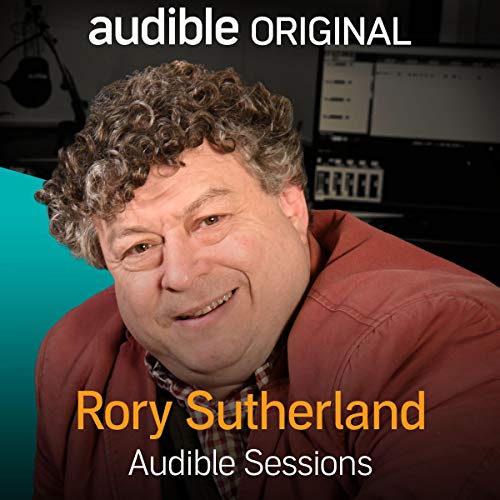 Joining us at Audible Studios is British advertising executive Rory Sutherland, whose TED talks have been viewed nearly seven million times. He has recently released his book Alchemy: The Surprising Power of Ideas That Don't Make Sense.

In many areas of our lives, reason plays an infinitesimal part. We are driven by unconscious desires. We are drawn to the beautiful, the extravagant and the absurd, such as tiny bottles of fragrance. If you want to influence people's choices, you have to bypass reason. The best ideas make you feel more than they make you think, and the best ideas are irrational.

We spoke to Rory about the difference between perception and reality, why you shouldn’t design things objectively and why King’s Cross has a really long champagne bar.

What listeners say about Rory Sutherland

Insights into something many willingly ignore.

This is pretty fascinating material. It shines some light on things we rarely see any focus on.