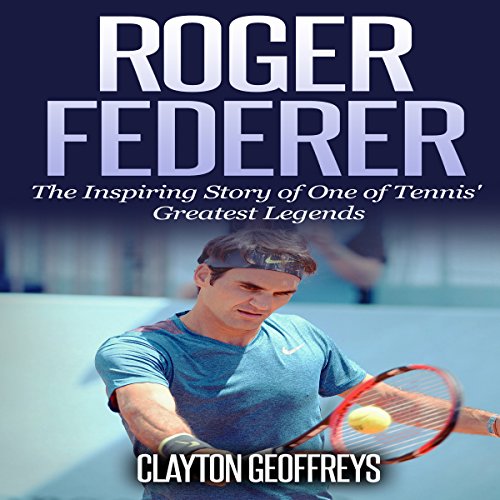 By: Clayton Geoffreys
Narrated by: Johnny Robinson of Earthwalker Studios

Learn the inspiring story of one of tennis' greatest stars, Roger Federer!

In Roger Federer: The Inspiring Story of One of Tennis' Greatest Legends, you will learn the inspirational story of one of tennis' premier players, Roger Federer. Few players have dominated the game of tennis as much as Federer. As of early 2017, Federer holds 18 Grand Slam singles titles, the most in history for a male tennis player.

When Federer ultimately retires, he will easily go down as one of the greatest to ever play the game. Federer has demonstrated not only what it means to be a champion, but how to carry oneself as a champion on and off the court. In this unauthorized biography, we'll explore Federer's journey to becoming one of the all-time greats, and learn what it has taken him to reach where he is today.

What listeners say about Roger Federer