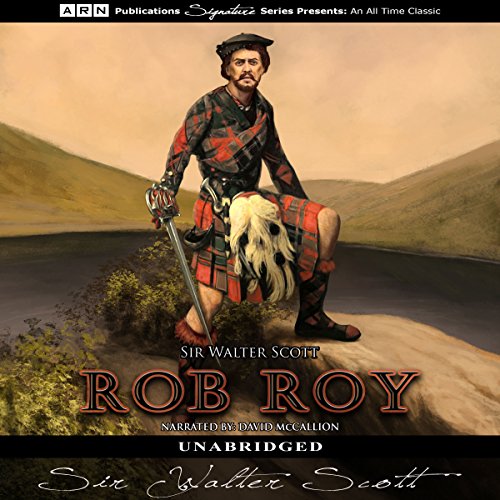 In 1819, Walter Scott published Rob Roy, a book that would eventually become one of the most-read historical novels of all time. The story unfolds through the eyes of Frank Osbaldistone, the son of an English merchant. Frank first travels to the north of England, eventually ending up in the Scottish Highlands. He is determined to collect on a debt owed to his father, but on his journey he encounters Rob Roy MacGregor, who sets the tone for the story's development.

The story of Rob Roy takes place during a turbulent time in Scotland's history, just prior to the Jacobite rising of 1715. Although Rob Roy is an adventure, it also paints a portrait of the brutal reality of 18th century Scotland, and due to the political problems of the time, Rob Roy was initially published anonymously.

What listeners say about Rob Roy

Skip the first 6 chapters if you're impatient for the story of Rob Roy. But the intro does provide historical context.