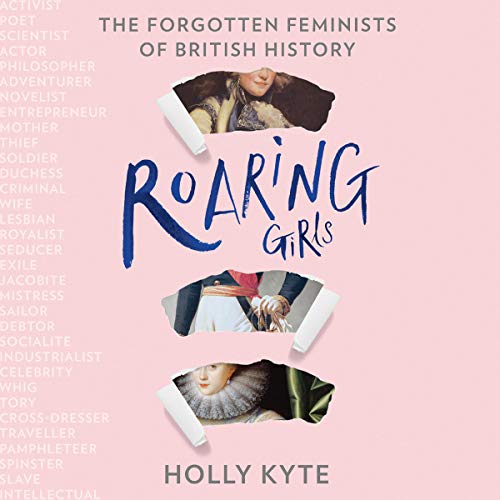 Meet the unsung heroines of British history who refused to play by the rules.

Roaring Girls tells the game-changing life stories of eight formidable women whose grit, determination and radical unconventionality saw them defy the odds to forge their own paths.

From the notorious cross-dressing thief Mary Frith in the 17th century to rebel slave Mary Prince and adventurer, industrialist and LGBT trailblazer Anne Lister in the 19th, these diverse characters redefined what a woman could be and what she could do in pre-20th-century Britain.

Bold, inspiring and powerfully written, Roaring Girls tells the electrifying histories of women who, despite every effort to suppress them, dared to be extraordinary.

Loved this book. 8 wonderful women whose lives enthrall in their courageous actions and thinking.