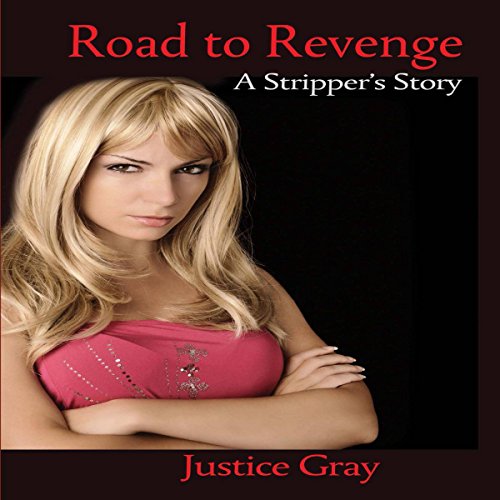 The 10th book in the Garbage Collector Series!

Cheri was a stripper, when she met her husband, Spike. Spike was a biker and a customer at the strip joint where Cheri worked. She got pregnant soon after they met, and she convinced him to marry her. Cheri quit being a stripper, but Spike didn't quit going to the strip clubs. Their marriage lasted for a few years, but after the son they had together died in a horrible accident, things began to fall apart, and Spike got into gambling, Spike was never the same; things were never the same. After maxing out credit cards, and then losing their home, Cheri filed for divorce and moved away.

After the divorce, Cheri was going to move out of state with her daughter, Megan, to begin a new life. Being homeless they ended up sleeping at the side of the road, and were abducted, but after some struggles and a couple days later, got away.

After that, Cheri was able to get help for herself and her daughter, and eventually started working at a local truck stop café as a waitress, where Cheri met Jim. Cheri soon moved in with Jim, but while she was off working, Jim was after Megan, who was a good looking young teenager, wanting to be her pimp. The money attracted Megan and she ended up being a teenage hooker. When Cheri found out, she was furious with Jim and with Megan. Megan ran away, Cheri became sick with grief, which made life miserable for Jim and for her. Oftentimes, she would not get out of bed, and refused to do anything. Suddenly Cheri passed away, and Jim was suspected of drugging her, although it couldn't be proven, as Jim was quite clever in covering his tracks. The body was cremated almost immediately, so an autopsy was never done.

Megan got word of her mother's death, and so plotted revenge against Jim, changing her appearance, and....

Justice warns that you should be cautious of who you spend your time with.

What listeners say about Road to Revenge

Didn't quite get it.

I received this audiobook for free in exchange for my honest review.

I have mixed feelings about this audiobook/book, probably because the book left me feeling mixed up! Based on the title, I expected this to be a story about a stripper. For a brief period, the female main character does work as a stripper yet her temporary profession is not the focus of the story. Road to Revenge begins as the story of an absolutely clueless, stupid, beautiful woman looking for love in all the wrong faces and places! Although this is not a comedy, I was entertained by how ridiculous this woman's behavior was and because of the title, I kept waiting for this bimbo's picture perfect love story to come to crash (which of course does eventually happen).

I was disappointed to find several holes in the storyline. For example, several characters who were important, main characters in the beginning of the book later disappear, never to return. For example, Spike. He is a primary character for quite a while yet once he's gone, he is never mentioned again ! I would've liked to know what happened to him?

With some editing, Road to Revenge could have been a great book. In my opinion, the too-perfect romance parts of the book in the beginning were drawn out a bit longer than necessary. At other times, the opposite was true as there were a few instances where the words in the story were curt, resulting in sentences that did not flow as smoothly as they could have. I also noticed several sentences where revisions could have improved the flow of the story. For example, while telling us why Sherry chose to strip the author wrote, "every now and then her conscience would prick her and tempt her to stop. Whenever she felt that way she would indulge in alcohol which caused her to lose any lingering inhibitions". I thought that sentence felt a bit too formal and stuffy. Rather than writing that, "she would indulge in alcohol", I think something such as, "she'd have a beer" would've felt more authentic.

PERFORMANCE: When I first heard the narrator's voice, I thought he had the most laid back voice I'd ever heard! The tone of voice used to read the narrative portions of the book were calming and soothing yet not at all monotonous. I had absolutely no difficulty differentiating between characters due to the distinctively different voices he used for each of them. Occasionally, sentences did not flow as smoothly as they could have yet overall, his performance was good.

a nice little lecture on morality

While both the writing and the narration of this book were competent, the characters were one dimensional, shallow, predictable and fairly uninteresting. In addition, there was nothing either original or unique in this plot. In fact, it could have come entirely from any number of TV soap operas.

This wasn’t a bad book, but neither was it particularly good, because its message was entirely too blatant, its plot elements were too trite and stereotypical, and its characters were too clichéd and one dimensional. Frankly, this book read more like a morals lecture for pre teens than a novel.

I received this book in exchange for this unbiased review via the courtesy of Audiobookblast dot Com.


*I was given this book in exchange for my review.

We begin with Cheri, who is a stripper and only a stripping to support her young daughter and herself. We quickly meet Spike, a guy who seems to genuinely care for her.


Cheri managed to convince Spike to marry her because she was pregnant with his son. His cherishing of Cheri ended. He returns to the strip clubs, gambling, etc. Before he was a year-old their son died due to negligence. Cheri quickly moved out with Megan. Cheri began to work as a waitress, it was at that job she met Jim. Soon they moved in together, all three of them and thought they could be happy....

The publishers summary is very detailed and contains spoilers, in my opinion. If what I have written above intrigues you enough to try the book, I would suggest not reading the description that the publisher provides. It tells the whole story except for the very end.

JP Braukus is a great narrator. It is because of him that I kept with the book. The book meandered around, but there were not many surprises or twists. However, JP Braukus gives an excellent performance with a wide array of characters. Including some motorcycle hard-core guy, a loser, Cheri and her daughter Megan who is eight years old at the beginning. Job well done!

Notes: Mature themes, discussions of stripping, pimping & prostitution as well as drug use.

This would have to be rated PG-13 or R for the subject matter.

Thanks for taking the time to read my review. I enjoy leaving reviews, as I know that they help me decide whether I'll purchase a book. If you found my review helpful in your decision about this book, would you please select "yes" directly below this review? Thank you so much.

Please consider "following me" here on Audible.com. I purchase a lot of books by authors that I am faithful to and well known names. I also have the unique opportunity to review books from lesser known/new authors in all genres. Most of these books are not something that I would not pick up on my own. I have been pleasantly surprised by new authors and great narrators.