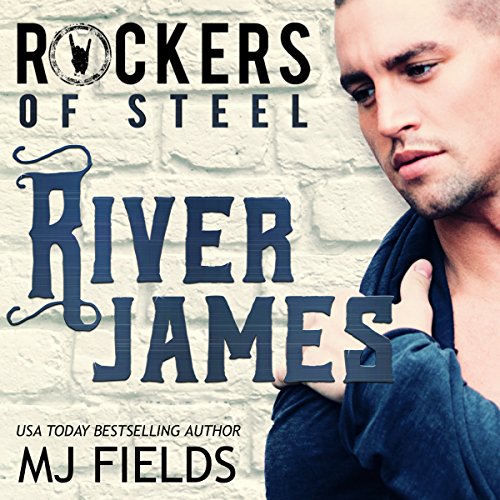 When he fell in love, he fell hard. When he lost her, he lost his will.

Drugs, sex, and rock and roll - in that order - became his life.

Then, one tragic accident takes it all away in the blink of an eye. Twisted metal, shattered bones, crushed dreams, and torn wreckage causes deep, dark secrets to be revealed. One collision causes him to lose all hope, with no one but himself to blame.

Now facing harsh realities, which have never been one of River's strengths, he turns to the sure things in life: drugs and women who oh so willingly give themselves to a tall, dark, and tattooed rocker like him.

Will he find himself in the wreckage of twisted metal and crushed dreams? Or will he lose his way in the smoke and debris?

The first person in her family to graduate from high school and college, Keanna Sutton is flying high on her accomplishments and hard work. She has the career and man of her dreams, or so she thought until she finds out he is cheating on her. Ending the relationship, she begins rebuilding her shattered self-esteem.

Then a chance run-in with a tall, dark, and handsome, silver-tongued drummer tests her strength and ability to hold her own tongue while trying to ignore the implausible attraction to a man she knows will be no good for her.

Now a second run in at O'Donnell's pub while under the influence of drink, music, friends, and a fight makes Keanna throw caution to the wind, and she finds herself getting rocked the only way a badass like River can: hard and nasty.

Will the hottest night of her life end there? Or will she lose herself in a man who gives no promises except the lady always comes first?

More than Just a Drummer

Would you consider the audio edition of River James to be better than the print version?

I haven't read the print version, but I usually like audiobooks better because of the experience of hearing the story acted out.

River was. River had been my least favorite band member before this book. Learning his side of the dispute with Finn was a revelation. I found River to be very endearing in this book.

The scene when the dog gets his pot at his birthday party is one of the funniest I've ever read or heard and was definitely my favorite.

See why River James is more than just a drummer.

This book's humor is up there with the humor in Fields' Xavier.

I absolutely love this series and I. Had hoped that River would be able to find something or someone to call his own. Someone to be able to see through the bullshit and help him wake up. Kai and Wen did a wonderful job bringing this book to life and pulling the emotion through. I am definitely telling my friends to not only read this series but listen to it as well!!!! I can't wait to see what comes next!!!

So broken. so perfect.

Would you listen to River James again? Why?

Yes, I would listen to River James again. Like Keanna, I have a soft spot for those broken boys. They can never really escape me. And River is broken and beautiful and so deserving. He deserves the happiness he has always kept from himself. He deserves a chance to be clean.

River. River is my favorite character. It wasn't always that way, but getting his story, hearing his troubles have made me a forever River James fan and lover.

What about Wen Ross and Kai Kennicott ’s performance did you like?

As always, these two rock the chemistry.

Be strong. Be better.

This is a story of loss and love. It is also a story of addiction and recovery.

These S.T.D boys are killing me and this story is all about the drummer River James (RJ). So much has gone on with him since he was a teenager, we get more of the story of what happened with Jesse and her death and it's all just so intense just as River is. All he ever believes is that he's "just a drummer" but he is absolutely so much more then that. When he meets Keanna we get to know the deep down River that we haven't met yet. This story is so emotional and intense seeing what happens when someone dealing with an addiction is working through the process and they battles they face. Such a great story and the ending of book 3 was completely unexpected and I couldn't stop smiling. Loved their story and love this band. Cannot wait to see what Billy's story is all about, heading into book 4 now. This is my unbiased and voluntary review.

THERE'S A RIVER OF EMOTIONAL SCARS FOR LOVE TO HEAL

A good addition to this series where the bad boy Rockers of Steel Total Destruction are slowly being paired off.... deliciously one by one. This is River's story... he uses drugs and women to drown his memories and nightmares of sexual abuse, tragedy and past regrets which still haunts him today. When he was just 16 he intimately knew a mixed up girl and so did fellow Band member Finn who never knew the part River played in the tragedy that caused her death... until it came out in the previous book. And now they're at each other's throats over the blame, betrayal, consequences and secrets. Which causes heated arguments, animosity, angst and even a fight.

So, River has a lot of emotional turmoil, demons and baggage in his life and he's crazy, crass and foul-mouthed too so it's no time for a feisty, strong willed, beautiful black nurse to enter his life... but she does and Keanna tries to help River by bringing his past pain out into the open. However, River is not ready to reveal and re-live the memories and he pushes Keanna away by his old and trusted vices.... which causes a rift between them that's going to take time and some raw emotional outpourings before there's any chance of a HEA ending. Because Keanna had a painful upbringing too and her previous boyfriend used her then ditched her and she's not going to repeat her mistakes - no matter how much it hurts. Instead she focuses on her new job as a Counsellor in the Drug and Alcohol Rehabilitation Centre... unaware of the surprise that's going to walk in on her first solo meeting.

A very enjoyable Rocker romance with great characters who have a drama, angst and passion-filled time together where their chemistry runs hot, their tempers run hotter and the sex is s.t.e.a.m.y. The various other characters from the previous books weave in and out of the storyline and also Keanna's huge dog called Tink is the cause of some drama, humor, sweet scenes, angst and joy. For listeners who hate the 'instant' thing - it only takes three sex filled days for deep feelings to blossom but it's not something that bothers me at all. Good narration for the alternating POV's by Kai and Wen who stick to their own genders voices which makes to story flow nicely and naturally.

Worth a credit? Yes, MJ Fields has delivered a story with heart, heat and two flawed characters who, despite all the odds, learnt how to trust one another, grow together, love unconditionally and eventually reap the bountiful and beautiful rewards.

River has given up on his dream of traveling with the band and making arrangements to stay since his accident. But this hot little nurse with the dark skin is starting to get to him with her bear of a dog named after a fairy. Such a contradiction, but when he finds himself babysitting said dog and trying everything to get her under him.

Keanna is done with rocker the last one left scars and took year to get back her self esteem. But now she is faced with something she thought she left behind, her strength and this drummer is going to give her more than what she has bargained for. He will unknowingly become her night in shinning armor and she will turn him into a price with one kiss.

Liked the book, but not for me.

Non Traditional Happily Ever After.

Surprised to be writing this but Love River James. In the beginning I did not think it would be possible to like him let alone love him. He is a crude, self medicating, bad boy drummer for the band STD with an ugly past. He finds himself challenged when he meeets a strong independent nurse, Keanna. The progression and evolution of the relationships in this book are wonderful. I was not aware this book was the last of 3 in a Rocker Series. But now I can't wait to read the other 2 books that are about other members in River's band.


Listened to this book on Audible narrated by Kai and Wen. Love these two.

Loved that this story has a little grit with it. It isn't your typical boy meets girl love story. There were some shockers I didn't see coming.

My favorite read/listen in this series

What made the experience of listening to River James the most enjoyable?

This was my favorite of the series so far to see/hear Rivers pain and still be able to laugh at some of the things he does. Listening to the way River has dealt with his life, trials and tribulations.

What was one of the most memorable moments of River James?

When he had it out with Finn.

Which character – as performed by Wen Ross and Kai Kennicott – was your favorite?

River because this is now my favorite in this series.

It made me laugh, cry, want to hit someone. So pretty much any emotion you can have I had.

MJ fields has another great read/listen one of the best I highly recommended this one. Wen Ross and Kai Kennicott also with their narration make it very difficult to stop listening.

Book three is as good or better

What was one of the most memorable moments of River James?

Have you listened to any of Wen Ross and Kai Kennicott ’s other performances before? How does this one compare?

This was an incredible journey, MJ's story is so .. human. After everything that River has had to endure, it's no wonder he turns to anything to help get out of his head, It's a long journey, but he'll make it, with the love of a good woman, of course.