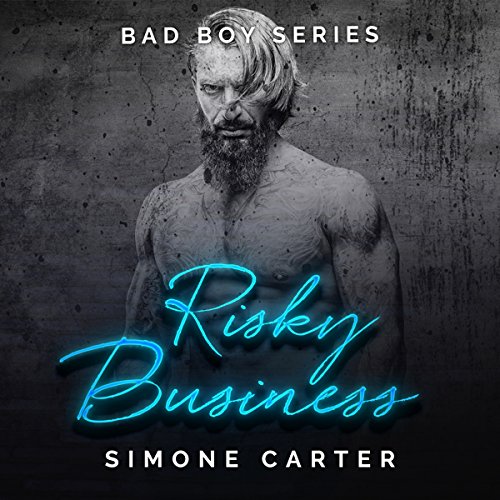 For the second time in six weeks, a local female realtor has been sexually assaulted and murdered during an open house event. The community is asking: Is this the work of a serial killer?

Local realtor, Marissa McCall, knew the latest victim, Staci, for most of her life. They were close friends up until the seventh grade when Staci stole her first boyfriend and attempted to steal every boyfriend she'd ever had after that. They had been fierce competitors in the real estate market as well, but she would have never wished her dead...especially not viciously murdered.

Whilst still contemplating the shocking news, Marissa took an unexpected call from her ex-boyfriend, Aaron Mathews, whom she hadn't seen in almost 20 years. He wanted to view a house, which was a standard request to any realtor, but this house was different. Aaron was interested in the house next door to Marissa's.

She really didn't want to see him again, never mind live next door to him, but she needed the business and wanted to prove that she had moved on with her life. She remained professional and booked the appointment for the following day.

Marissa was shell shocked when she left the office that afternoon. Things like this just didn't happen in her world. Plus, there was the fact that she was going to see Aaron Mathews in the morning. That thought was unnerving and left her feeling shaken. She had to wonder, too, if he had called Staci before he called her. Was it possible he had been involved in Staci's death?

What was Aaron's true motive to moving back into town? Would Marissa's feelings for Aaron resurface tomorrow? Was she safe?

What listeners say about Risky Business

Thriller–I Was On the Edge of my Seat, so to speak


🏚 This is a great short romance/thriller. Realtors in the area are being murdered. Marissa McCall is on edge as she hosts open houses. She was very familiar with the 2nd victim, a competitor in school as well as the real estate business. A boy she knew from junior high has recently moved back to the area and Marissa doesn't know what to think.

I'm forgiving of this storyline because it held this incredibly hot book together. It held my interest. If only the 20-something year old main character didn't keep flashing back to "when we were in 7th grade she stole my boyfriend" and was a bit more mature, I would have given it 5 stars.

*I received this book in exchange for writing an unbiased review.

I read the reviews of others before I purchase a book. If you found my review helpful, would you please select "helpful" directly below this review? Consider 'following me on Audible. Authors and narrators, feel free to share my review on any other media you would like. It's all yours!

It surprises me to say but this was my least favorite of the Bad Boy Romance series. Not to say it was bad, it just didn't seem as strong a story as the others.

I liked the overall premise and the characters are great. I liked the family aspects as well, for once both families were complete, Mother & Father still married, alive and living together without abuse. I can't say when I read a story where that was the case.

Lissa Blackwell did another fantastic job bringing the story to life.

I recieved a free Audible copy of this story, at my request, in exchange for a honest review.

Ok, I'm not sure what happened to my original review but I am writing it once again...unfortunately a shorter version this time.
I enjoyed this story. A serial killer is on the loose killing realtors. Although I had an idea of whom the serial killer was I was still surprised once it was revealed. Aaron &amp; Marissa have some great chemistry, it was a great read...I would love to read the first 2 books. I would recommend this book! :)

This story pulls you in from the beginning and keeps you listening with chemistry and murder.
I was given this free review copy audiobook at my request and have voluntarily left this review.

I really enjoyed it. Although this story was quick it didn't lack entertainment. The narration was great. It will keep you entertained. The author did a great job with the characters. I have read every book by this author and I look forward to reading more. I was given this free review copy audiobook at my request and have voluntarily left this review.

This books starts out with a gripping story and keeps you involved until the very end. I loved this story and the suspense towards the end was great! Definitely a book worth listening to.

This story has romance, suspense, mystery and some action. I loved the re-connection of Marissa and Aaron. However, Marissa does come across as a tad immature when thinking of her long time competitor Staci. Overall though it's a lovely listen and I enjoyed it from beginning to end. The narration was excellently done by Lissa Blackwell. She does a great job of bringing the story to life and helping the listener connect to what's going on. Another great job ladies!!

When murders rock the hometown and suddenly is a suspect even and old flame who just happens to move back home in the midst of it all. You've been played before and won't be made again so you're a hard ass when he tries to friendly.

Another book boyfriend disguised as a player......

Risky Business is the third book in this Bad Boy Romance series, but each book is a complete standalone. In Risky Business, Marissa is a realtor and house-flipper, and she is forced to face her past when in the span of one day she finds out that her childhood menace was murdered and that her first crush has returned home after an 18 year absence. Aaron is a former NFL star player and current writer whose family obligations have brought him back to his hometown. When he contacts Marissa in order to put an offer on one of her listings, he is instantly hooked. However, due to a painful relationship breakup with a former sports star, Marissa wants nothing to do with another player like Aaron. Of course, as always, the author has written a wonderfully sensitive and loving man in Aaron while still keeping him all sexy alpha male. The book contains quite a lot of back and forth and angst, but that just makes the coming together that much sweeter for us listeners. I guessed fairly early in the book the identity of the murderer, but I still thoroughly enjoyed watching the author prove me right.

Lissa Blackwell's narration is excellent. She has a very light, almost lilting voice, and she is perfect for the contemporary romance genre. She does not overly differentiate between male and female characters, but she does just enough so that the story is easy to follow. There were a couple editing issues with repeated phrases, but her performance was otherwise flawless.

I received a copy of this audiobook at my request in exchange for this honest review.

I loved the chemistry between Aaron and Marissa. As danger hung close around Marissa, Aaron was never far behind to help her out of sticky situations. While Aaron and Marissa get reacquainted, their love blooms through the story that keeps you hanging on for the next word.

I was provided a free copy of this book by the author in return for an honest review.

Risky Business is the third book in the author's Bad Boy Romance series. I'd not heard of this series before but it sounded right up my street so I was more than happy to listen to the audiobook and review it.

The story follows Marissa, a real estate agent who is left anxious when fellow realtors begin to be murdered during open house events. She runs into her childhood ex-boyfriend, Aaron Matthews, a former sports player who coincidently wants to buy the house next door to her.

I liked the mystery/crime side of this story, it wasn't just a hot romance, it had parts that started you guessing too. I maybe would have liked a little more guessing to do but I was satisfied.

I really liked Marrissa's character. She was a fairly strong female lead who liked to prove herself as such.

This was a nice, fairly short story to listen to. It was an easy listen while I was walking the dog in the morning or walking home from work. I looked forward to putting my earphones in and listening to the book at every opportunity.

The actress was good and really got stuck in the story. She displayed the emotions and goings on really well.


Although the story behind the murders was good, I guessed the killer as they were introduced. There wasn't really a red herring in the story, One was suggested, however, Marrissa worked out for herself quite early in the story that it couldn't have been them. I'd have maybe liked a little more questioning on that story.

Although I liked Aaron, he wasn't my favorite book boyfriend. In some parts, he was quite sulky and manipulative. Probably showing that he's not the perfect man, but at these points, he really annoyed me.

At some points, the audio did sound a little off. I don't know what was wrong with it, it just didn't sound as clear as some other ones I'd listened to.