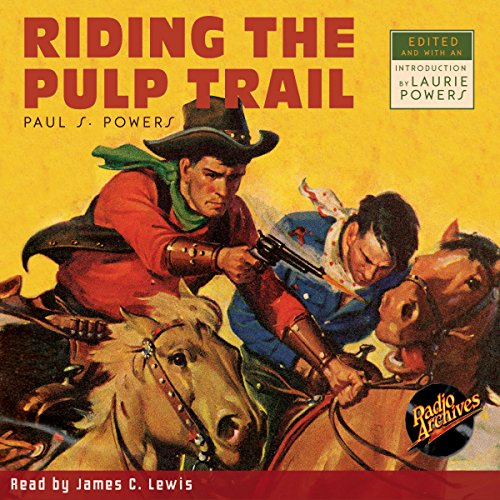 Most fans of Western fiction know Paul S. Powers as one of the foundation authors of the famous pulp magazine of the 1930s and 1940s, Wild West Weekly, in which his popular characters Sonny Tabor, Kid Wolf, Freckles Malone, and Johnny Forty-five appeared for 15 years.

Lesser known is the career Powers had after Wild West Weekly stopped publication in 1943. Powers continued to write for the best of the Western fiction magazines throughout the 1940s. Now, here for the first time, are 12 Paul Powers stories written in the years after his Wild West Weekly career. Six of these were published in the leading western pulp magazines of the period. The other six, never published before, were discovered by Powers' granddaughter Laurie in 2009.

All of the stories in this collection reflect a new style that Powers had to adopt in the early 1940s. His earlier Wild West Weekly style was geared toward its adolescent audience and full of the "blood and thunder" that was indicative of the pulp Westerns during that period. Writing stories for Wild West Weekly was a highly lucrative trade for my grandfather, but he had to change course and relearn his craft when the old style was no longer popular. No longer were heroes to be the semi-super human cowboys who survived hundreds of bullet wounds and shoot targets with jaw dropping speed and accuracy. They were now to be more mature and sometimes with a darker look on life. Heroes that for years were clean-cut, highly moral, and almost puritan in their habits were replaced by lead characters who drank, smoked, and swore.

But Powers rose to the task and continued to have his stories published through the 1940s and into the early 1950s. These 12 stories are representative of that era; they make for an outstanding collection of frontier stories that represent the glory years of the Western short story and the best of Powers' prolific pulp career.

What listeners say about Riding the Pulp Trail

Smell me Jackson with a mellow snif